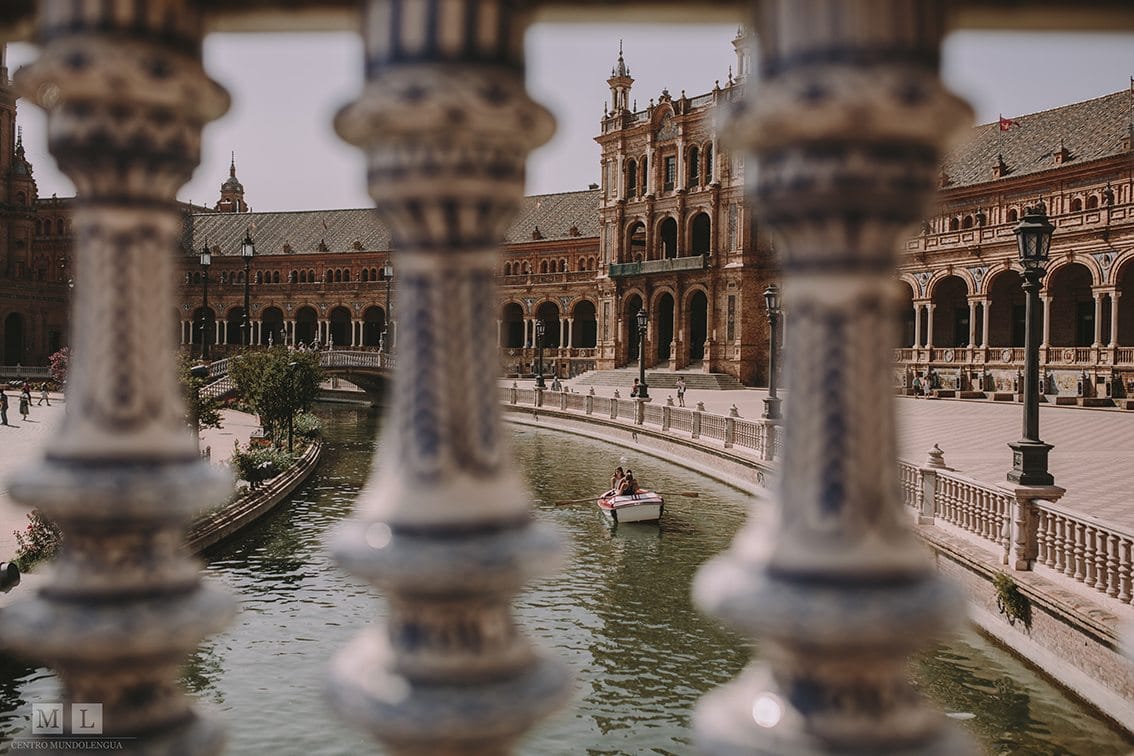 Posted at 11:49h in Uncategorized by MundoLengua 0 Comments
0 Likes

Sevilla or Seville is an absolutely beautiful, historic, lively city. I studied abroad there for my Spring Semester this year. While abroad I learned that one of my favorite things to do was to explore new cities.
I explored cities around Europe such as Paris, Lisbon, Rome, Florence, Pompeii, Gibraltar, and especially Sevilla by walking, running, and biking. When I went to Rome, Florence, and Lisbon, I never took a single form of transportation to get around the city. I walked until my feet hurt and I was rewarded with so many hidden treasures like beautiful churches, markets, and areas that weren’t just for tourists. In Rome, I found fun parks filled with blooming flowers that I would have never seen if I had taken the metro.
Many major cities such as Rome, Florence, Paris, Sevilla, etc. all have rivers that flow through or along the city. I loved strolling along the river and seeing everyone reading, eating & drinking, and laughing along the water on a warm, spring day.
The first city I explored was the city that became my second home and the place I always looked forward to returning to no matter where I traveled in the world during my time abroad, Sevilla. During my first week in Sevilla I went on several long walks roaming the streets and the river side of the Guadalquivir with new found friends from my program. Our longest walk was three hours as we passed bridge after bridge and watched the sunset brighten the river to an orange glow while boats and rowers sped by. We discovered fun graffiti, interesting statues, water falls, and more.
After recovering from a six hour time change, I also went on runs along the Guadalquivir, through the Plaza de España & Plaza de America, and through parque María Luisa. Running was a perfect way to explore Sevilla’s extensive parks and beautiful streets.
After a month, I bought a sevici pass, which is the city bike system. I enjoyed exploring longer distances and getting around faster than running or biking.
My advise is to get out and walk, run, and bike while abroad. It is a great way to not only discover new parts of cities, but to stay healthy and active no matter where you are. I recommend getting a maps app like maps.me which is free and it doesn’t require data or wifi. It is always best to be able to find your way back home. Then go out and see the amazing places that you have the awesome opportunity to enjoy!