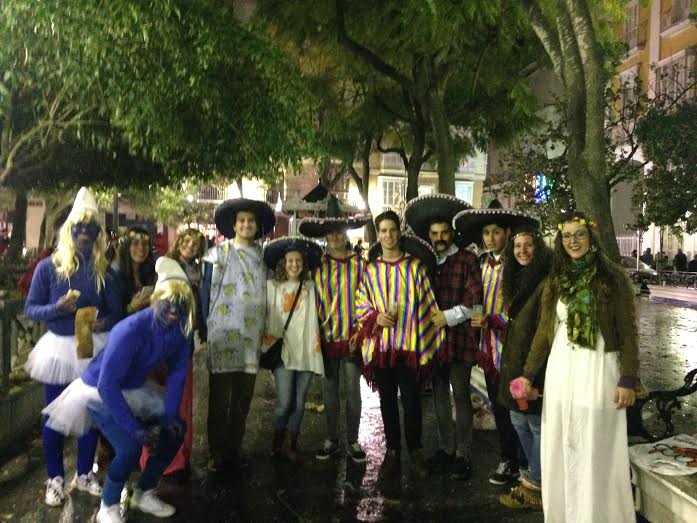 Last weekend I had the pleasure to celebrate my second annual Carnaval de Cádiz, but before sharing my experience let me share a little about the context of Carnaval. The Carnaval de Cádiz this year takes place during the middle of February, starting around the 13th of February and ending roughly two weeks thereafter. The particular first celebration of Carnaval is unknown, as are its origins, and I am in no place to speculate about the validity of its myths and legends. However, I can affirm that the Carnaval of Cádiz is the most historic and sought after in all of Spain. While at Carnaval, not only did I meet fellow party patrons from Cádiz, Sevilla, Jerez, Madrid, País Vasco, but also from all over Europe, Asia, and the Americas. 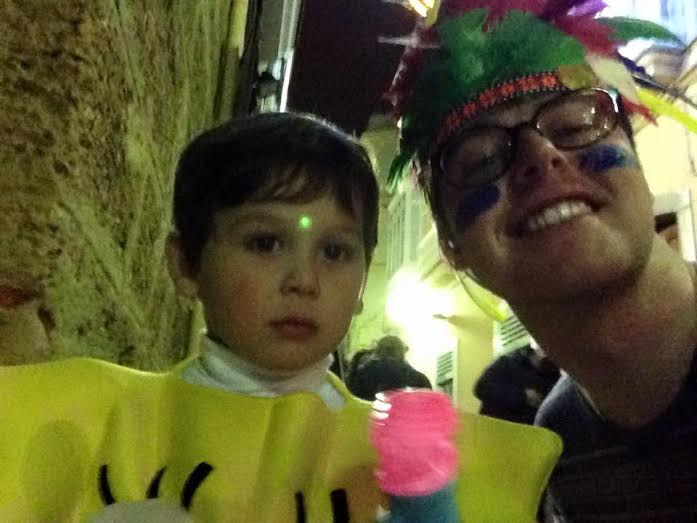 Hey, look who I got a selfie with! Spongebob Squarepants chasing people with a harmless inflatable hammer.

Carnaval has been celebrated for centuries and has endured the most tumultuous of Spain´s history, including the Civil War, the tight monarchical grip of many of its past kings, and the recent economic crisis. Its survival and resilience today (and in the past) celebrate the permissiveness and endurance of Spanish society and its people through the satirical costumes patrons wear to the oddly strange choruses (of monkey people, men dressed as women, women dressed as men, pirates, and just about anything else you can imagine) that wander and block the narrow streets of Cádiz. The people of Cádiz and the people who participate in the Carnaval of Cádiz always know how to “pasarlo bien,” or “have a good time!”
During my mini-vacation in Cádiz I participated in three “main” aspects of Carnaval. 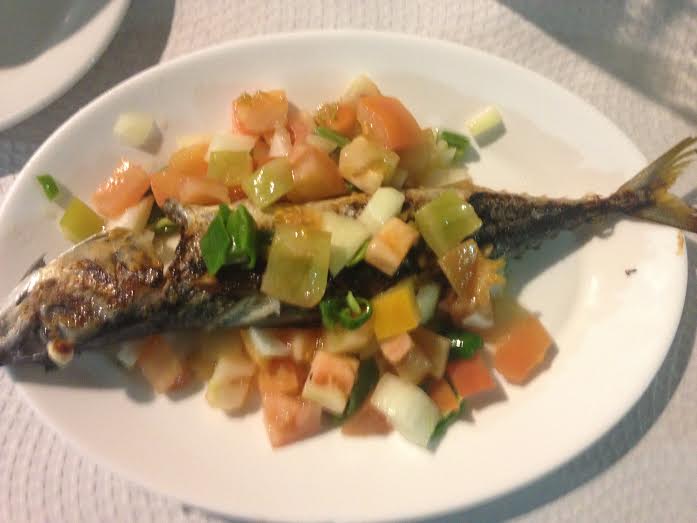 Enjoying pescaito frito at one of Cádiz’s premier tapas bars

I dressed up as a Native American: Feathers, face paint, and all. However, the most creative costume I stumbled upon was a pair of friends who were the “point A” and “point B” of Google Maps. How does one pull that off you ask? Just put a huge cardboard constructed teardrop with the letter “A” or “B” over your head and somehow connect it to your clothing. Anyways, along the way I made a fair amount of friends with whom to pass the time (who are pictured in some blurry photos), I ate a lot of pescaito frito (which is Cádiz´s special rendition of fried fish, also pictured), and did a lot of exploring and reminiscing of my summer in Cádiz that I did after my first-year of university with MundoLengua. So that was my weekend at the Carnaval de Cádiz! Carnaval is still by far my favorite festivity, period. Feel free to peruse the photos of my experience! 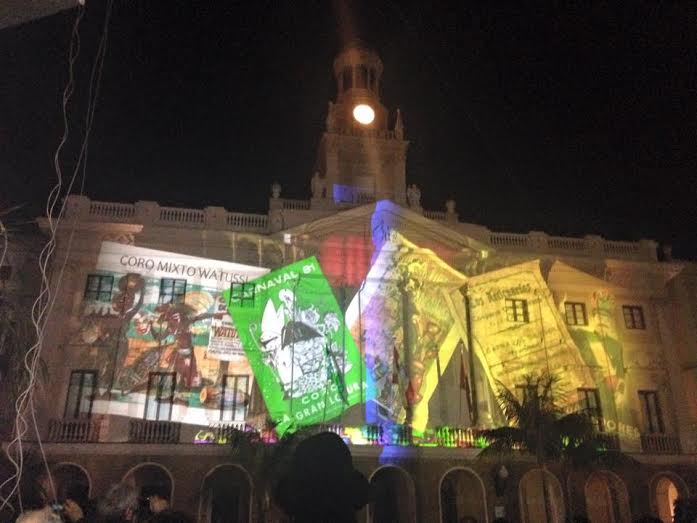 The digitized facade designed by a friend of a friend 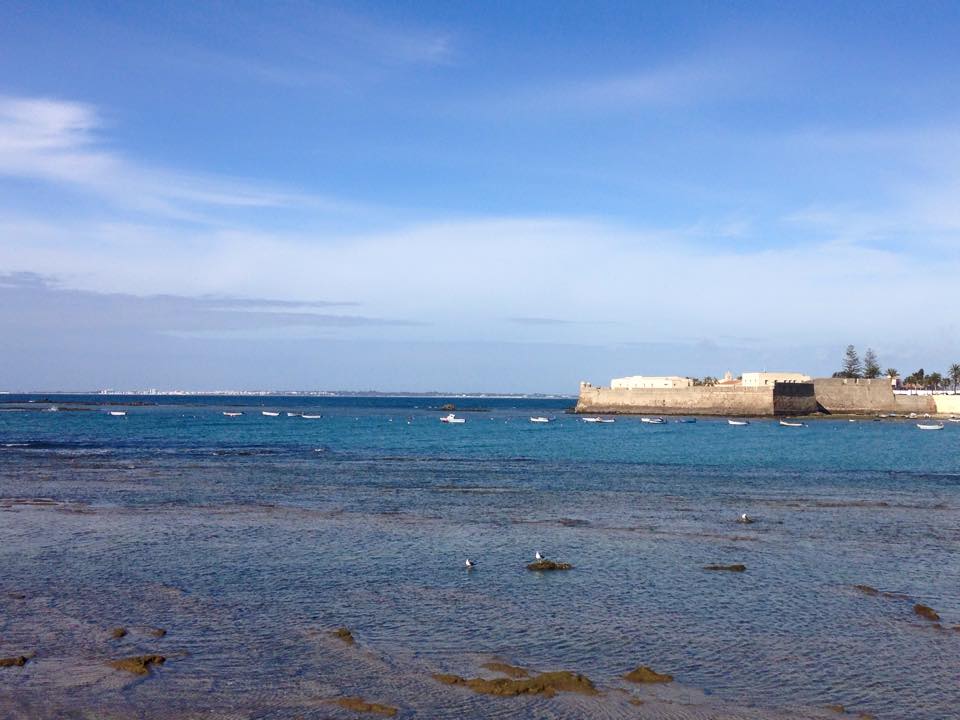 Barquitos (little fishing boats) are starting a spring up in anticipation for the warmer weather! 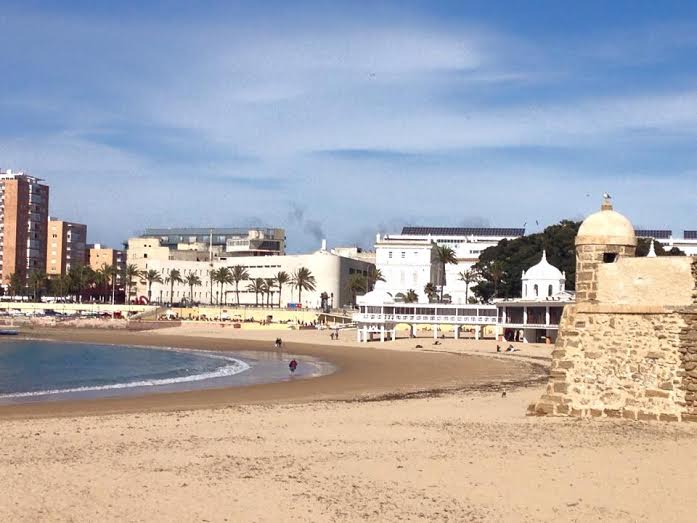 The ever famous and relaxing Caleta