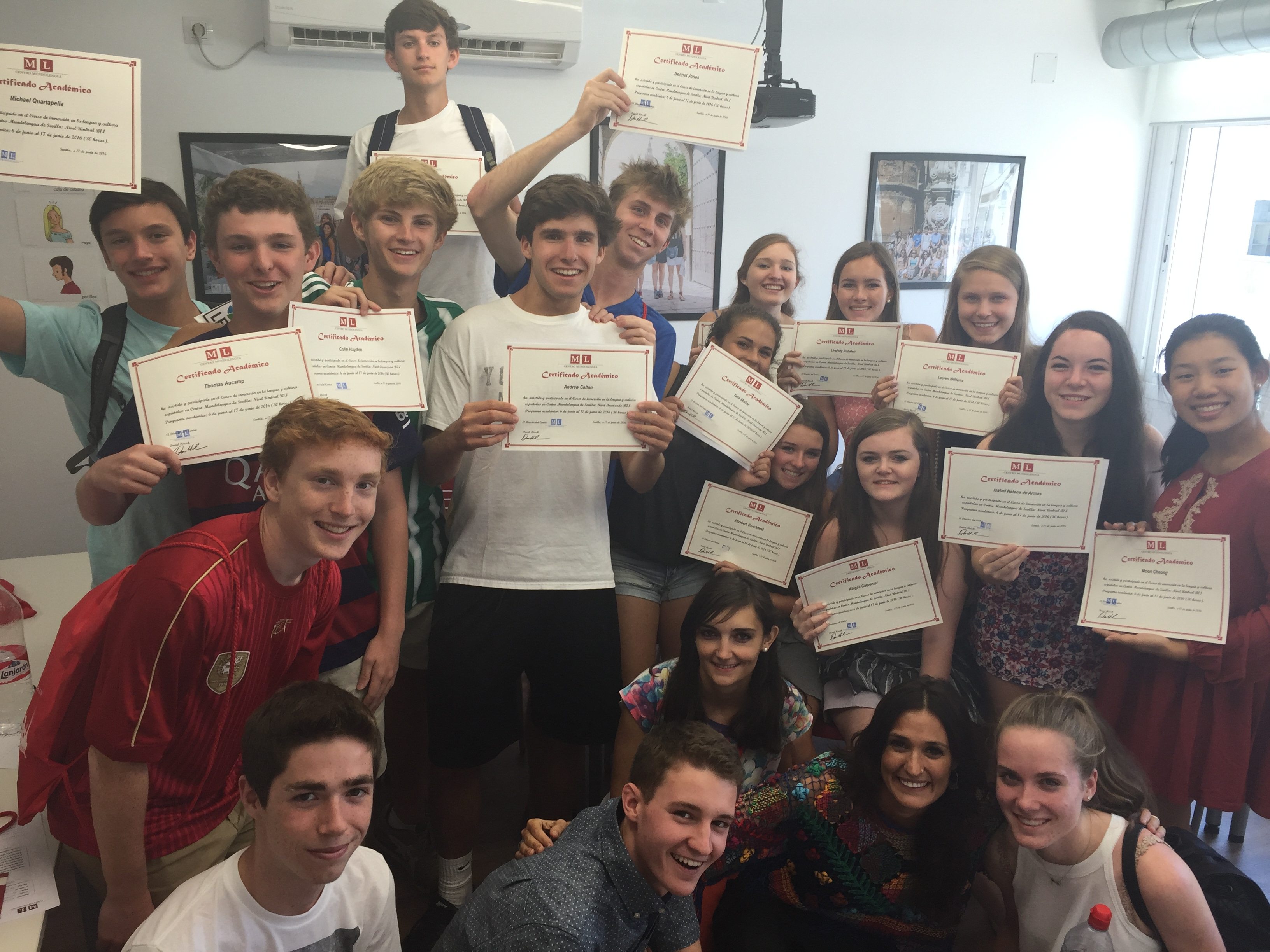 20 Jun It Never Leaves You

Posted at 11:43h in Student Stories by MundoLengua 0 Comments
0 Likes

This week is a more solemn and sad one as compared to the past two, due to the lack of noise that general fills the office during our days at Centro MundoLengua. This is because we had to say goodbye to four groups of our students- Charlotte Latin School, Riverwood High School, Gonzaga College High School, and Sayre School– over this past weekend that had all completed their time studying abroad in Spain. While it was a time to be sad, it was also a very joyful time filled with goodbye dinners and handing out of diplomas. I was able to talk to a few of the students from each program in order to get their thoughts and feelings about their last few days in Seville.

Having studied abroad myself, I understand their sentiments regarding the feeling of being split between missing your home and wanting to stay abroad. I also understand how time spent in another country can change you, regardless of how long you are there. Seville has a saying which can be seen almost everywhere you look throughout the city; NO8DO (the 8 is supposed to be a knot, but there isn´t really a key for that). The knot in the middle of the phrase is called a madeja and is known for being incredibly strong. The phrase translates to “no madeja do”, which is interpreted as “no me ha dejado”, which means “it hasn´t left me”. This is in reference to the city of Seville itself, meaning that it a place of such culture and life that it sticks with those that are fortunate enough to spend time within it. We hope that this is true for all of our student who have come to Spain to study abroad with Centro MundoLengua and we hope that if any of you have the chance to come to this magical city, that it won´t leave you either.