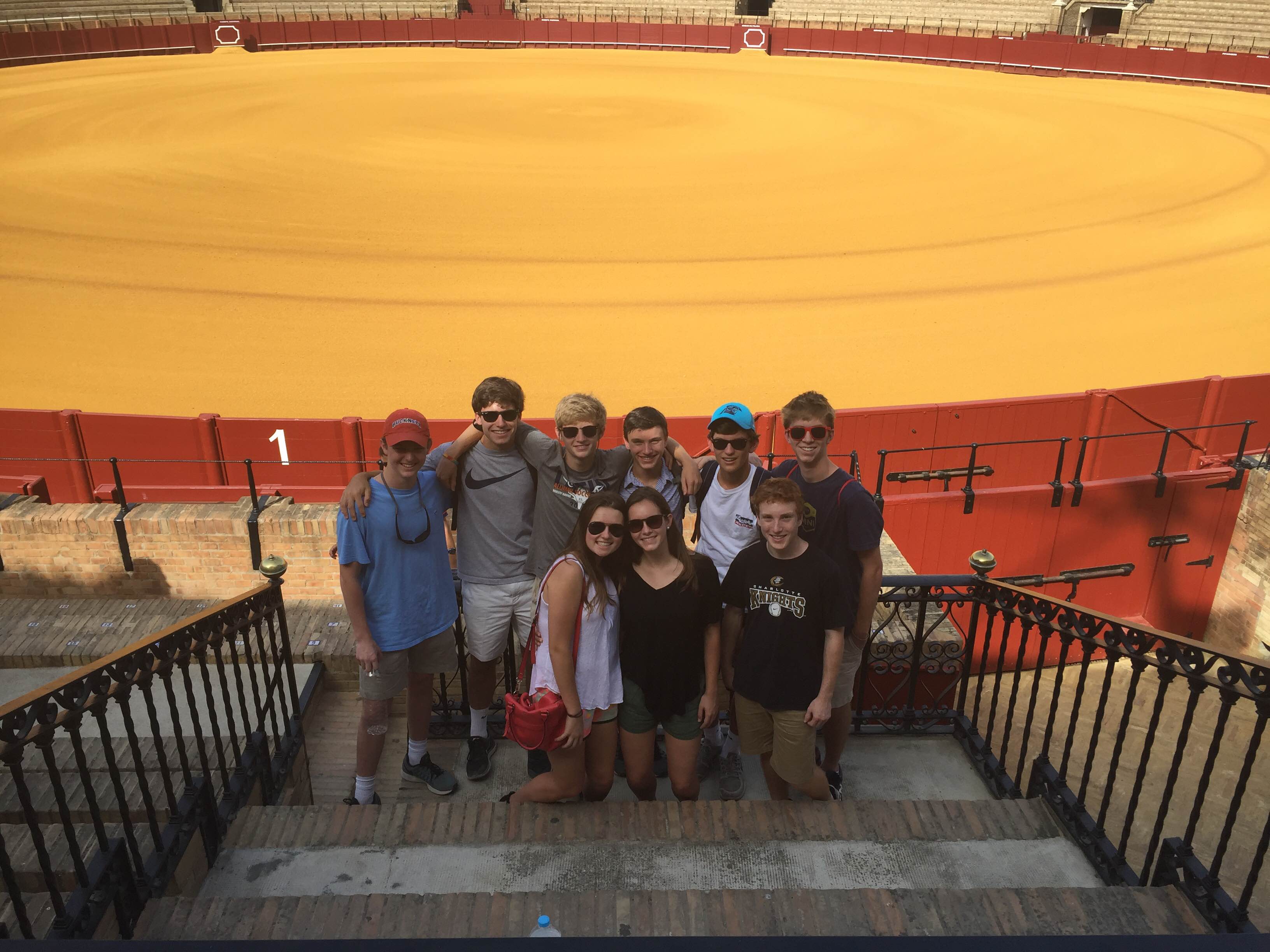 09 Jun One Country, Many Cultures

Posted at 11:32h in Student Stories by MundoLengua 0 Comments
0 Likes

Within the country of Spain there are a variety of different cultural influences that can be noted depending on where you go and what you see. Yesterday our students were able to experience great pieces of culture within Seville that emanate from both the Spanish and Arabic worlds. This began with a visit to Seville´s bullfighting ring called the Plaza de Toros and concluded with a visit to the Arabic Bath House, which is a necessary experience for anyone visiting this great city. Bennet Jones from Charlotte Latin School was able to recount his experiences and talk about what he gained from each of these visits.

Bennet said that the visit to the Plaza de Toros was a fantastic experience from which he learned much about the art form. Within the outer rings of the Plaza lies a built-in museum with various exhibits ranging from art work, to costumes and weapons, and finally heads of bulls that have actually fought in the ring. In the United States we do not have a great amount of knowledge concerning this art form aside from what is shown through media, which typically only includes the actual encounter between the bull and the matador, due to this it is easy for Americans to have pre-conceived notions of what actually occurs. Bennet said that while it was hard to avoid acknowledging these pre-conceived notions, he went into the Plaza de Toros with an open-mind, willing to learn about the history and culture behind bull-fighting. The coolest fact that he said he learned from the tour concerns the President of Spain. If the president attends a bull-fight where the bull has put on a great show against the matador, the president can end the match, thus saving the bull´s life, allowing it to live out the rest of its days on a ranch. While the art of bull-fighting can seem cruel and has raised controversy, especially in Seville, Bennet said that through the visit he was able to understand why the people of Spain still fight to maintain the practice, due to its heritage and its place in the Spanish identity.

Bennet was also able to experience firsthand the Arabic influence in Seville by visiting the Arabic Bath House. Within the bath house there are large hot baths, similar to hot tub but on a much larger scale, that vary in heat, with the two most notable exceptions being the salt bath located in the basement and the infinity pool that overlooks the Cathedral located on the roof. While the various tubs located throughout the building may not seem like anything special to someone who has experienced a hot tub in the United States, the salt bath is to be noted. The concentration of salt allows for almost any individual to float on the water with ease and relax in view of the giant salt mounds that supply it. The entire building acts almost as a spa with its low lighting, relaxing atmosphere, and supply of water and tea for the participants. Bennet said that it was an experience that will be a part of him for years to come.