This week our students swapped their books and pens for their rucksacks and hiking boots as they prepared to make the transformation from study abroad college students to pilgrims. This week our cultural immersion activity was a little more physical and saw us attempt the first leg of the famous pilgrimage to Santiago, which included 23.83 km walk, which is longer than a half marathon.

The pilgrimage´s name is “El camino de Santiago”, or in English “The Way of St James”, and began in the middle ages after the remains of St James were supposedly transported by boat from Jerusalem to the North of Spain. There are a number of major routes that pilgrims can take to be able to, theoretically, embark upon this adventure from their own home. This pilgrimage is very popular to this day; in fact, in October 1987, it was declared as the first European Cultural Route by the Council of Europe.  These days all you need to do is 5 consecutive days of the trail to gain pilgrim status. Others, however, choose to start further afield; for instance, to complete the full route from Seville would take 25 days. 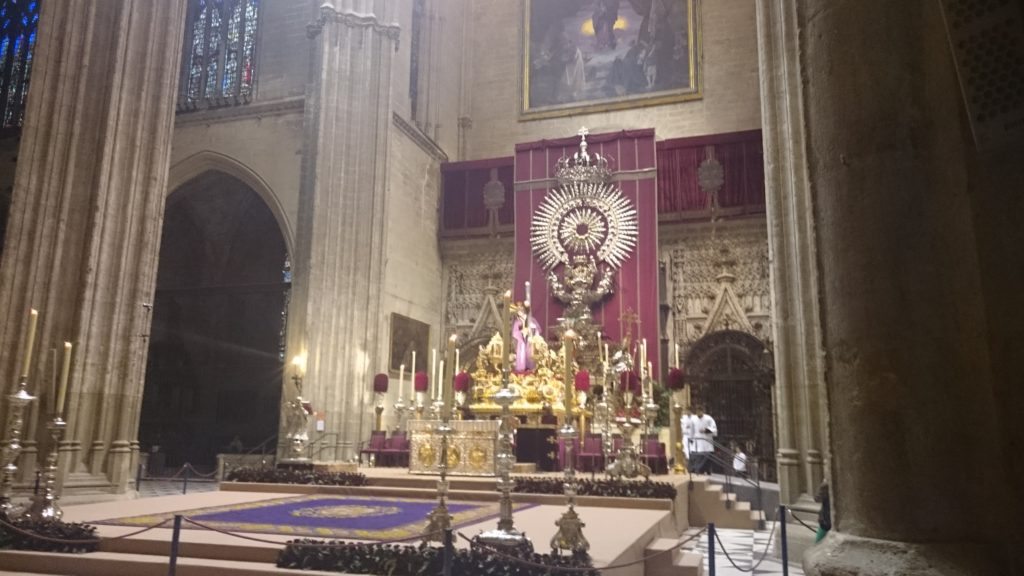 The mass in the cathedral

As this is a religious route we had to attend an early morning mass in Seville´s beautiful cathedral in order to receive the church´s blessing and to have our pilgrim´s passport stamped (a document which you need to get marked at each place you visit to prove you have completed the route). 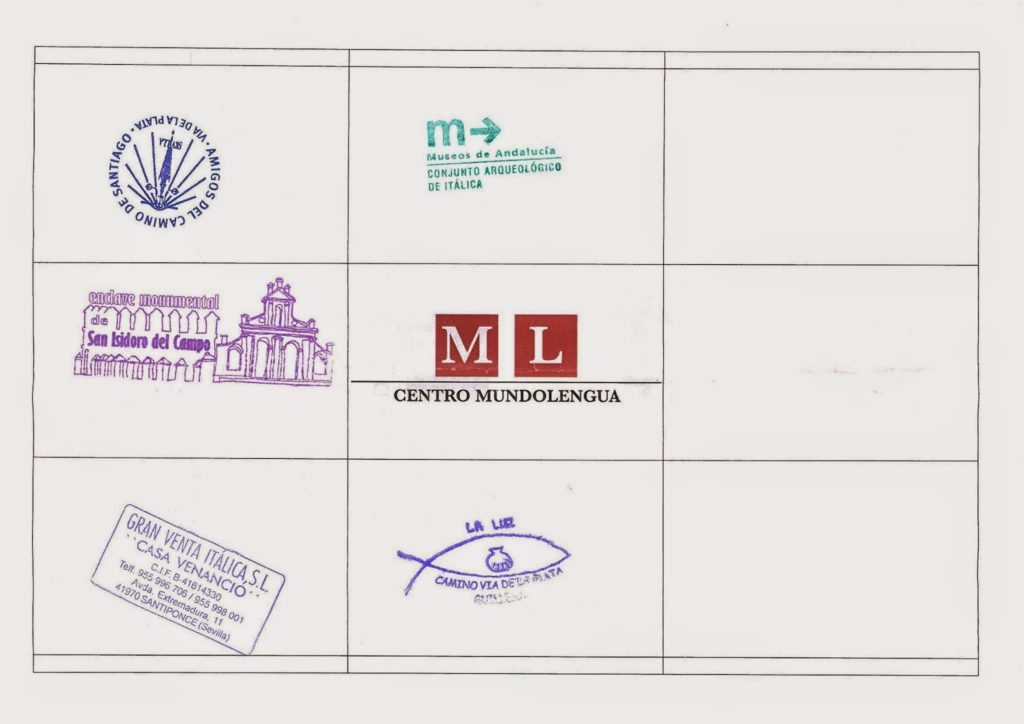 After receiving the blessing we embarked upon our adventure at the starting point outside of the cathedral. The rest of the route is marked by yellow arrows and the famous shell symbol of Santiago, which showed us the way. It is one of those things that you would never notice unless you were actively looking out for it. I have walked past the trees and traffic signs adorning these directions on many occasions and not once have I ever paid attention or even noticed them. It was so interesting to discover a new, almost secret, part of the city that was sitting right there in front of you. 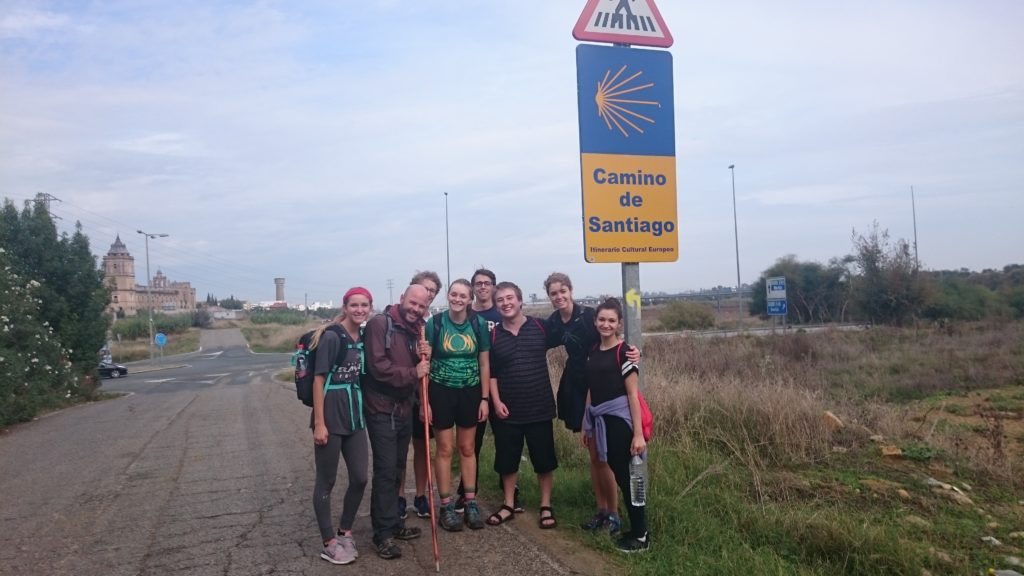 The group near Santiponce

The trail took us across the river to Triana and then out of town. After a solid 2 hours of walking we reached Santiponce where we were able to visit the monastery and have our passport stamped again.

Following this our William & Mary and CNU students walked past Italica, the famous roman ruins outside Seville. Rather interestingly, the whole site was hidden behind black makeshift fencing and filming trucks as The Game of Thrones cast were filming a scene. As a super fan I literally could not contain my excitement.

We trekked for a further two hours before finally arriving at our destination. We were all very tired and welcomed the sight of the bus. It was incredibly satisfying to see the ground that we had covered on the way back to Seville, whilst also being humbling to think that this was only a small part of a much larger route. It gave us an idea of the scale and the commitment necessary to complete such a pilgrimage.

Thus, not only did our students walk the walk, they also talked the talk; by taking part in the ceremony they had fully immersed and experienced what it means to embark upon this pilgrimage, and appreciated the spiritual meaning that this trail has for so many people.