Posted at 17:33h in Student Stories by MundoLengua 0 Comments
0 Likes

When studying abroad in Spain, especially in Seville, you may notice a blending contrast between modernity and traditionalism: Las Setas and La Torre Pelli contrasted to La Giralda and La Torre del Oro. Spending a semester in Spain grants you the opportunity to live like a modern Spaniard! But what does that mean? How is the “modern Spaniard” different than say the generation before and the one before that? Let’s start with a simple question and observe the different answers. What do you think of Las Setas of Seville (a large modern monument built in 2011 that took place of a parking lot)? 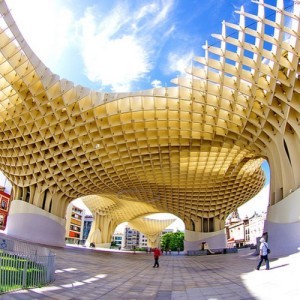 Isabel, current host parent and born during the dictatorship:
“Las Setas are ugly and a waste of resources. I think they are ugly and I never go there.”
Juan, a university student:
“Although they were a waste of money, they are really cool and modern. They offer something new to the city.”

After Franco’s death in 1975, Spain began to liberalize and open its boarders to international trade and influence. In 1978, Spain established a new constitution which replaced the dictator with a monarchy and added a parliament. Furthermore, in 1986 Spain further integrated itself into the globalized world by entering the European Union. In reality Spain has less than 40 years of formal democracy. Imagine, one generation born during a strict dictatorship and another born under a newly formed, highly permissive democracy. The political environment in addition to Spain’s increasingly important economic role as one of the largest economies in Europe has drastically influenced divergence between the traditional and the modern Spaniard.

The clearest differences between generations are their beliefs, perspectives and overall behavior. Under Franco, the Catholic Church was indorsed by the state and influenced the day-to-day lives of citizens. Therefore, the majority of Spaniards who were raised during this time are religious – although they may not go to mass every week, they identify as Catholic. When the dictatorship ended, the Catholic church lost some of its influence over society as the country transitioned into a democracy (well, a constitutional monarchy with democratic representation). Symbols such as the Catholic church were and are still connected to the Fascist regime. As a consequence, the majority of the current generation identifies as non-religious as a way to reject the role the Catholic Church played under Franco.

The Catholic church is not the only symbol that remains from the dictatorship; the national flag is often associated with the dictatorship. In America, and most other countries, people fly the national flag as a symbol of patriotism. Modern Spaniards perceive their national flag again as a symbol of the heavy handed, centralized dictatorship. You are much more likely to see the region’s flag (e.g. Andalusia, Catalonia, etc.) and even more likely to see their soccer team’s flag (¡Ole Betis!). In fact, at the university students never have apparel nor accessories displaying the Spanish flag, but many proudly wear t-shirts and backpacks that are decorated with the American flag. Rejecting the past centralized state has resulted in citizens considering themselves first from their region and then from Spain; there are many separatist movements currently developing in Spain, the strongest being from Catalonia. If you ask a Spanish person where they are from they will quickly respond, “Sevilla” or “Andalusia.” Very rarely do they respond, “Spain.” They are Sevillian first, then Andalusian, and lastly Spanish. Whereas, when Spanish people ask me where I am from I answer, “United States,” they always counter, “Cool, but I mean what part of United States are you from?” The Modern Spaniard views Spain as different territories loosely bonded by the centralized state, whereas the more matured generation sees Spain as a centralized state, as it was under Franco. 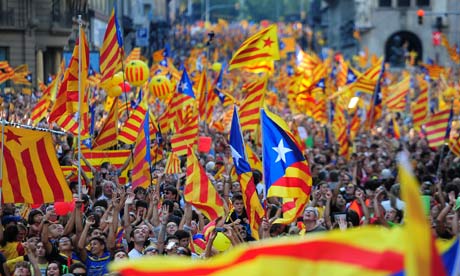 Religious influences and a heavy handed central government formed a more subdued society. The press was heavily regulated, traditional families were the norm, and gender roles were strongly enforced. The press used to be controlled by the state, however, now you can see just about anything on the news! Traditional families are now less common due to the eroding traditional family model and the weak Spanish economy. Whereas the majority of older Spaniards are homeowners, the younger generation tends to still reside in their parents’ homes. Spain has the second highest youth unemployment rate (behind Greece) of 49.2%. Almost half of young adults under 30 still live with their family. These circumstances have lead to the “ni-ni” generation, which is defined by a generation who does not study or work. Many do not see the benefit of obtaining a university degree when there is little employment opportunity; they are more focused on the present and having a good time than worrying about the future, the opposite of American and most western cultures. Because many young adults do not own or rent their own home, the traditional family is difficult to establish. Finally, gender roles have liberalized so there is little de jure discrimination. The tradition that both generations share is machismo, the idea that men are more powerful and are expected to display masculine behavior. This tradition is continued by men of both generations and women expect men to act according to this social code of conduct. 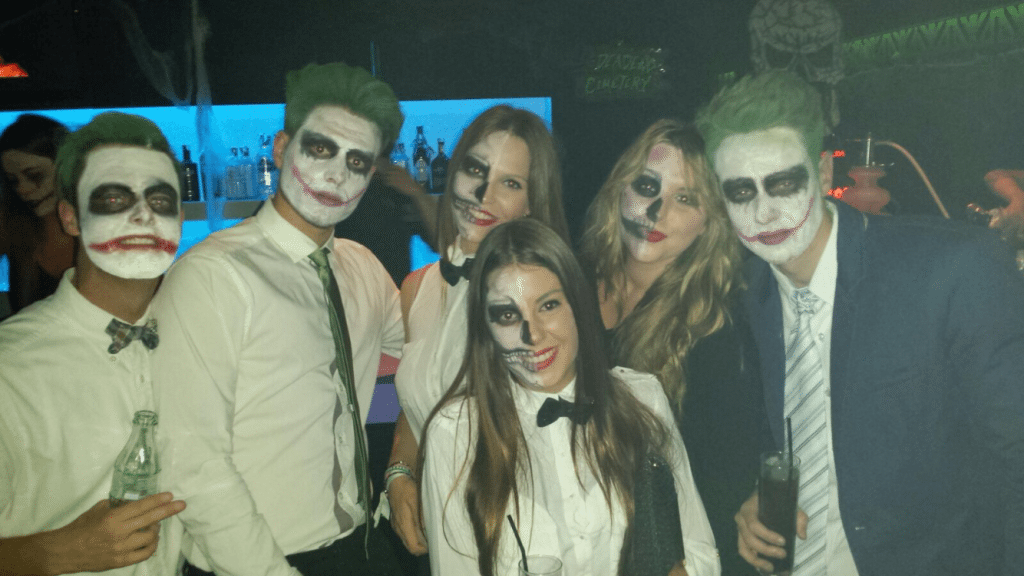 Finally, they have a subtle difference is their physical stature. During the dictatorship in order to improve the economic condition of the country, Spain exported massive quantities of crops. Agricultural goods were the main product because the workforce was mainly unskilled labor possessing low levels of education. Exporting food, although it improved the economic condition of the country from the government’s point of view, unintentionally created a domestic shortage that left many families insufficient amounts of food. As a result, many people of the older generation are notably shorter than their children.

The two generations share a different history, but due to Spain’s collectivistic, family centered tendencies the generational difference doesn’t cause major tension, nor is it any more noticeable than the differences in other cultures – to the untrained eye. You can observe cohesion between both generations in social systems, politics, and even just walking around Seville! Las Setas, as mentioned at the beginning, are a great example! Traditionalism clashing with modernity in Seville is one of the things that make it so special. When studying abroad you can visit one of largest cathedral in the world during the morning hours and then venture over to Las Setas, which were finished in 2011, to have tapas on top of a giant space waffle. In the Feria of Seville you can dance to flamenco and reggaeton! There is traditional Spanish culture with a taste of modernity waiting for you during your semester abroad in Seville!

What have you noticed about the generational differences in Spain or in your home country? 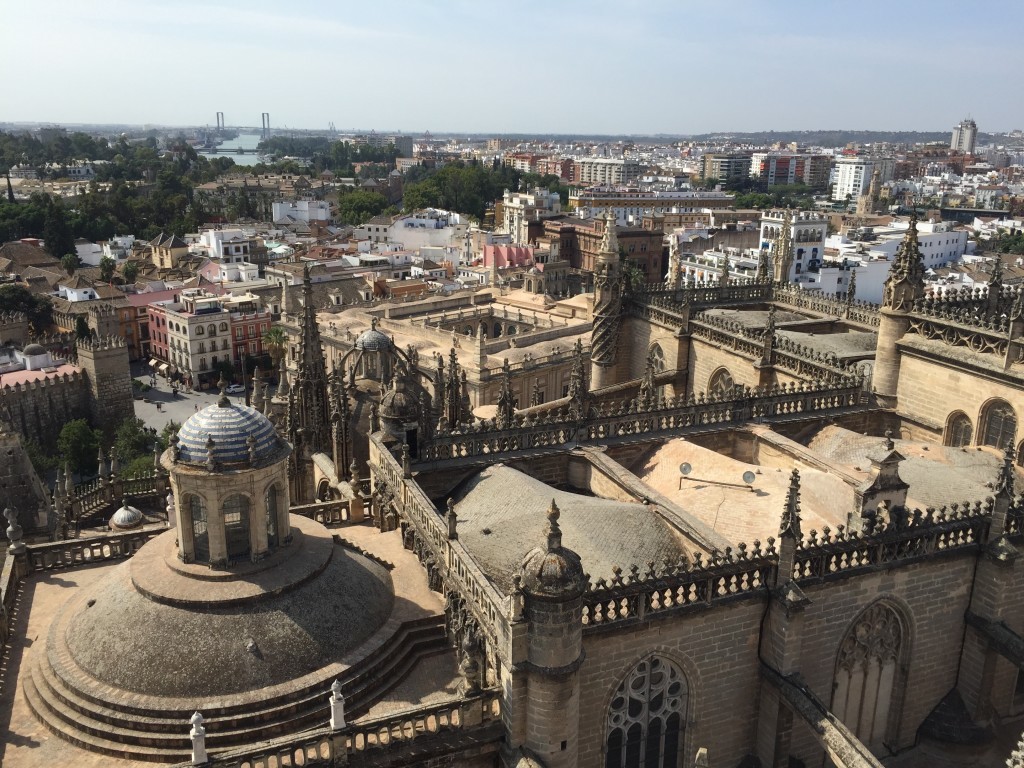