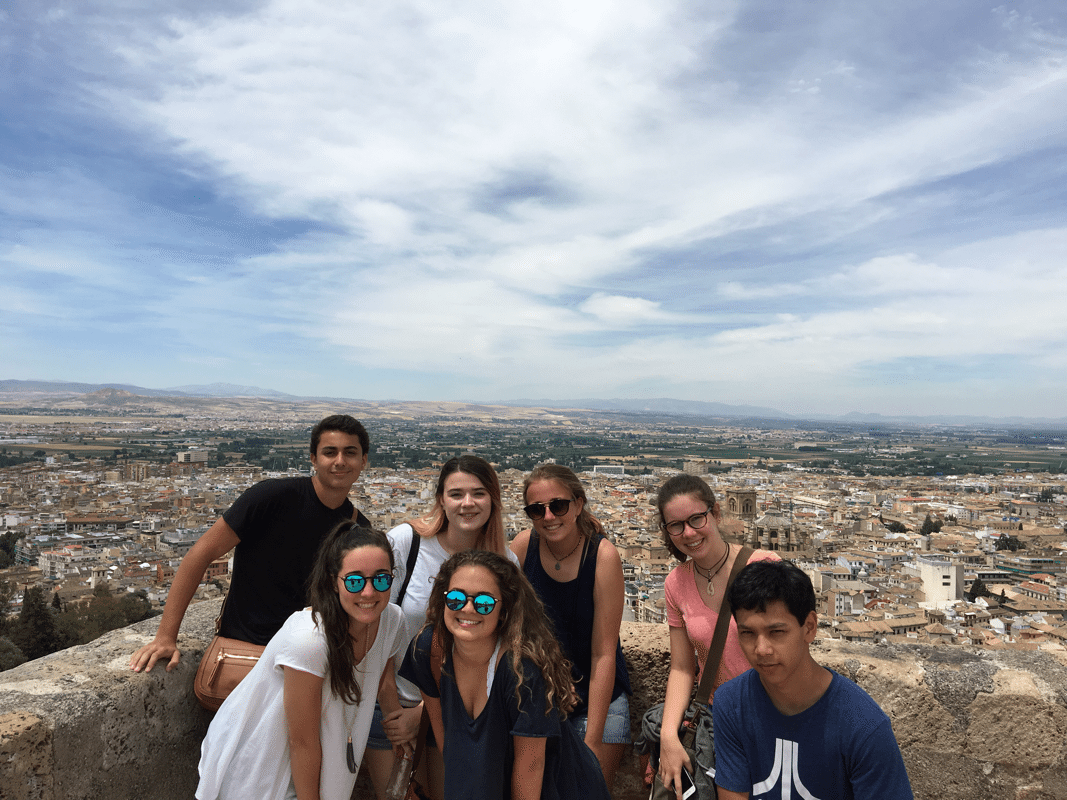 13 Jun Travel While You Travel

Posted at 16:37h in Student Stories by MundoLengua 0 Comments
0 Likes

One of the best parts about studying abroad is that not only does it give the experience of living somewhere new in an entirely different culture, but it also gives you the opportunity to visit a multitude of places that you hadn´t been to before. This is especially easy when studying abroad in Europe due to the closeness of its countries and the accessibility of public transportation with which to travel between them. This is also made easier when studying abroad with Centro MundoLengua, because visits to other cities and sometimes other countries are built into the program. This past weekend our students from Riverwood High School and Charlotte Latin School were able to experience this first hand by taking trips to the Spanish cities of Granada and Cadiz.

Granada, like Seville, is located in the southern region of Spain known as Andalusia and while they share a geographic location, the two cities are completely different. In Granada the Moorish influence is ever-present through the architecture and neighborhoods that make up the city. Most notably, this can be seen in the city´s greatest monument, the Alhambra, a Moorish palace which acts as a tiny city within Granada, having its own buildings, fountains, gardens, and walls. The city is also known for being home to one of the best places to learn Spanish, the University of Granada. Our students from Riverwood High School had the opportunity to go tour this great city. They stated that they highly enjoyed the visit and that there was a nice contrast in the level of modernization between Granada and Seville, a common praise being that central air conditioning is more prominent in Granada. While the Alhambra was a favorite for many of the students there was a consensus that they wished they had more time to visit the neighborhoods and shops within the city, specifically the area known as Albayzín, a neighborhood that has heavy influence from Morocco that can be seen in its products.

Our students from Charlotte Latin School were able to have a similar experience, but were also able to go to the beach during their trip to Cadiz. Cadiz is a port city located on the south-western point of Spain, almost acting as an island due to its detachment from the main part of the country. This city is most known for its beautiful beaches, specifically one called La Caleta, due to its fame for being featured in movies such as James Bond´s Die Another Day. Our students were able to go and enjoy the beach, but should have remembered to bring sun screen because the majority came back to Seville much redder than when they had left. While the students said that they wish they could have stayed long, the difference in size and location from Seville made the trip worth it. A favorite from this excursion was seeing the camera oscura, a tower that allows one to see the entire city projected on a screen via cameras. Hopefully these two trips will be the first of many during our students´ time abroad in Spain.

Feel free to follow the travels of our students from Riverwood High School by reading their blog.
http://riverwoodspain.weebly.com/blog