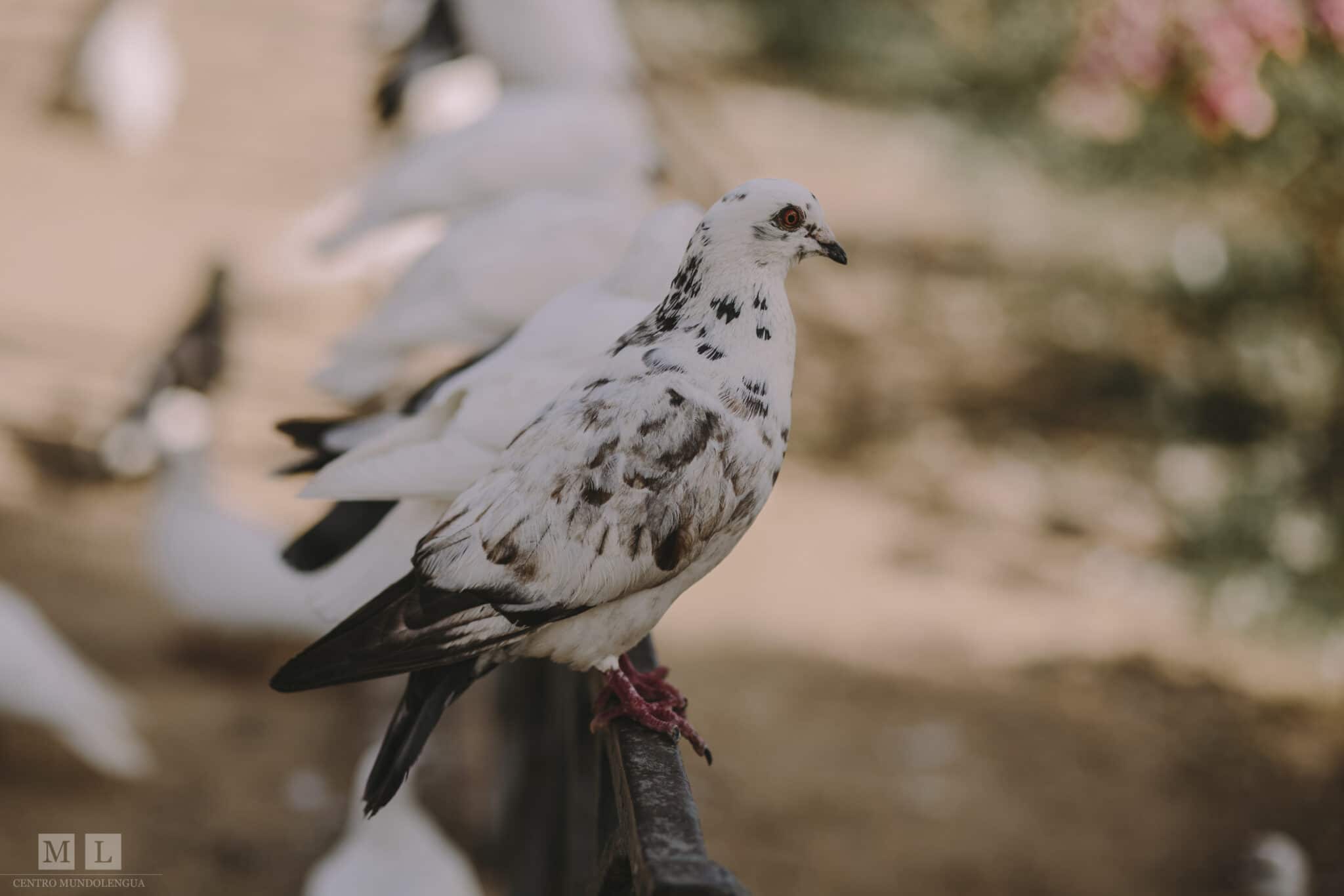 09 Nov Expressions with animals in Spanish

Posted at 10:47h in Learn Spanish by MundoLengua 0 Comments
0 Likes

Spanish has an incredible wealth of idioms and colloquial expressions, which you will hear in any spontaneous conversation you may have with your Spanish family or with the locals during your language course in Spain. An example of this cultural aspect are the numerous idioms that include animals. Today, our team at MundoLengua invites you to discover their favorite expressions with animals used in Spanish.
Will you be able to guess the meaning of these expressions with animals in Spanish?
We hope you will be like a lynx! (see below)

(lit. Get on like a cat and dog) – everyone knows that the relationship between these two animals is not very good… We can also use this for people, and it is used a lot among friends and for those who perhaps are not quite as friendly…
-They have very different personalities, despite being brothers, they get on like cat and dog.

(lit. To be like a goat). Well, an expression that I´m often told is – “David is like a goat.” Obviously , they are not calling me a goat (at least I hope). This expression is used to tell someone that they are a bit crazy. In the good sense of the phrase, I must say I agree with its comparative.

(lit. to be a lynx) This expression means that you are a bright and lively person, who has their wits about them; essentially it refers to someone with a lot of intuition and a sixth sense.

We tend to use this expression when we do not believe someone else´s tears and sadness as they pretend in order to inflict pain on others and to receive sympathy.
The origin of the expression: crocodiles cry when they devour their prey and when they are out of the water due to the fact that their glands are close to the jaw and their eyes need to be moist.
-I do not believe him at all. They are crocodile tears, he always tends to pretend in these situations.

My expression is “do not look for three feet on a cat” (lit.) it is used when someone complicates a situation unnecessarily. For example:
-I don´t really understand the work I´ve been given. I don´t know what to do.
-Don´t look for three feet in a cat and ask your boss to explain it to you again.

(lit. to be a rat) It is said of a person who is very stingy and wants to spend as little money as possible, even at the risk of them being rude.
–Should we go to the cinema tomorrow?
-Yes, not only is it the “cinema festival” the ticket only costs €2.90
-To be honest with you I find it still a little expensive… Would you be able to pay for me?
–You are such a rat.

(lit. To be more strange than a green dog) It is used to describe something or someone who is a little unusual, they exceed norms with their extravagance.
-He always says that he does not like music, nor literature… He is stranger than a green dog.

(lit. to kill two birds with one stone) I find this Spanish expression very amusing! It means to get lots of results from a single action. It can occur through saving time and energy, or by coincidence.
-I have come to the doctors to be vaccinated. Could I ask you to repeat my previous prescription, and for you to give me a general check up. This way I will kill two (or three) birds with one stone.

If you would like to learn more expressions with animals in Spanish, check our Spanish courses in Sevilla for adult learners of all ages and levels!