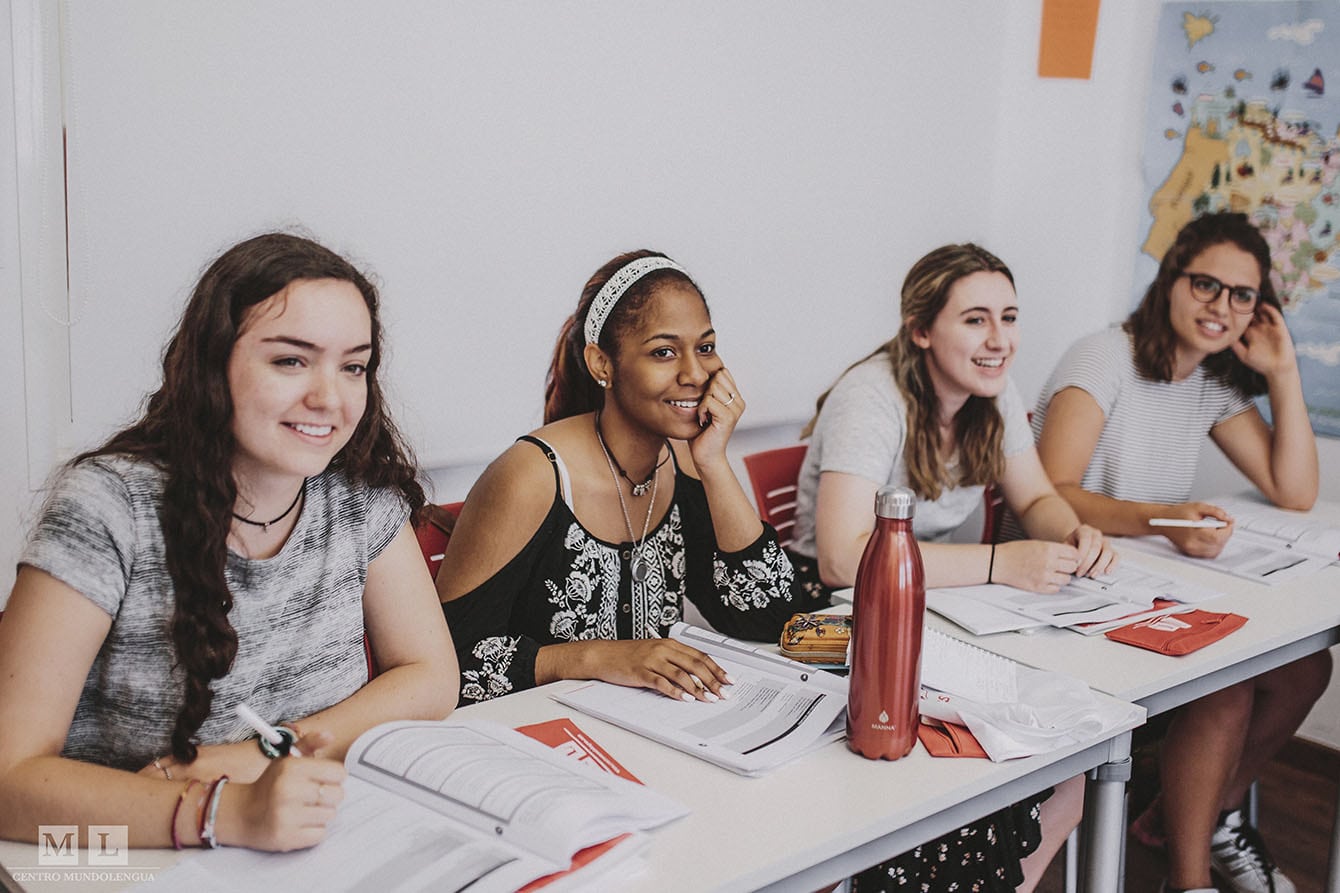 Posted at 12:03h in Learn Spanish by MundoLengua 0 Comments
0 Likes

Congratulations! If you’re reading this blog post, it means that you’re either…

How exciting! Whether you’re coming to study abroad in Spain for a semester, a summer program, or just a few weeks, you’re going to have a great time learning Spanish with Centro MundoLengua. You’ll eat more tapas than you ever thought possible, form close bonds with your host family, and discover all of the hidden charms Spain has to offer. All of this will take your Spanish skills to a whole new level!

Learning Spanish with Centro MundoLengua will be fun, but that’s not to say it’ll always be easy! Everyone has a problem area when learning Spanish. Maybe the false cognates trip you up, or the constant verb conjugation is impossible to remember. I’m here to help you with my least favorite aspect of Spanish grammar: Spanish phrasal verbs!

Phrasal verbs in Spanish and English

What is a phrasal verb, you ask? It’s the combination of a verb and a preposition or adverb, and the combination usually changes the original meaning of the verb. We learn these in both English and Spanish grammar. An example of a typical English phrasal verb is “hang out”. By itself, the word “hang” means to suspend something from above. The addition of the preposition “out” creates the phrase “hang out”, which usually means “spend time with”.

Now that you understand what a phrasal verb, let’s learn Spanish phrasal verbs that you’ll definitely hear during your time abroad! I find these tricky because the prepositions aren’t always what English-speakers would expect to use.

I) Dejar de: one of the most common Spanish phrasal verbs

We can use this phrase to say “stop”, or “give up” if you’re referring to a habit.

Translation: Stop studying and take advantage of your time in Spain!

Translation: My grandpa gave up smoking three years ago.

If you are learning Spanish, you will find out that the word “realizar” is a false friend. “Realizar” means “to accomplish” or “to make reality” in terms of plans or achievements. “Darse cuenta de” is the correct Spanish translation for the moment in which you suddenly learn or understand something new.

Translation: I realized I had forgotten my metro card.

This is how the Spanish people say they miss something or someone. You may have already learned the word “extrañar”, which is the typical way to express this sentiment in Latin American countries. However, if you want to learn Spanish from Spain, you should try to use “echar de menos”!

Translation: I miss my mom’s food!

Translation: I fell in love with “patatas bravas” (spicy potatoes) in Spain, and now I don’t want to eat anything else.

The Spanish people use this expression is say that they have run out of something, although it can be literally translated as “to remain without”.

This is only a short list of a few of the many Spanish phrasal verbs. Come practice them with locals when you learn Spanish in Spain with Centro MundoLengua! If you want to learn some more about the Spanish language, you should check out our more blog posts on our “Learn Spanish” section!

Do you know any more useful phrasal verbs in Spanish? What’s your favorite phrasal verb expression?