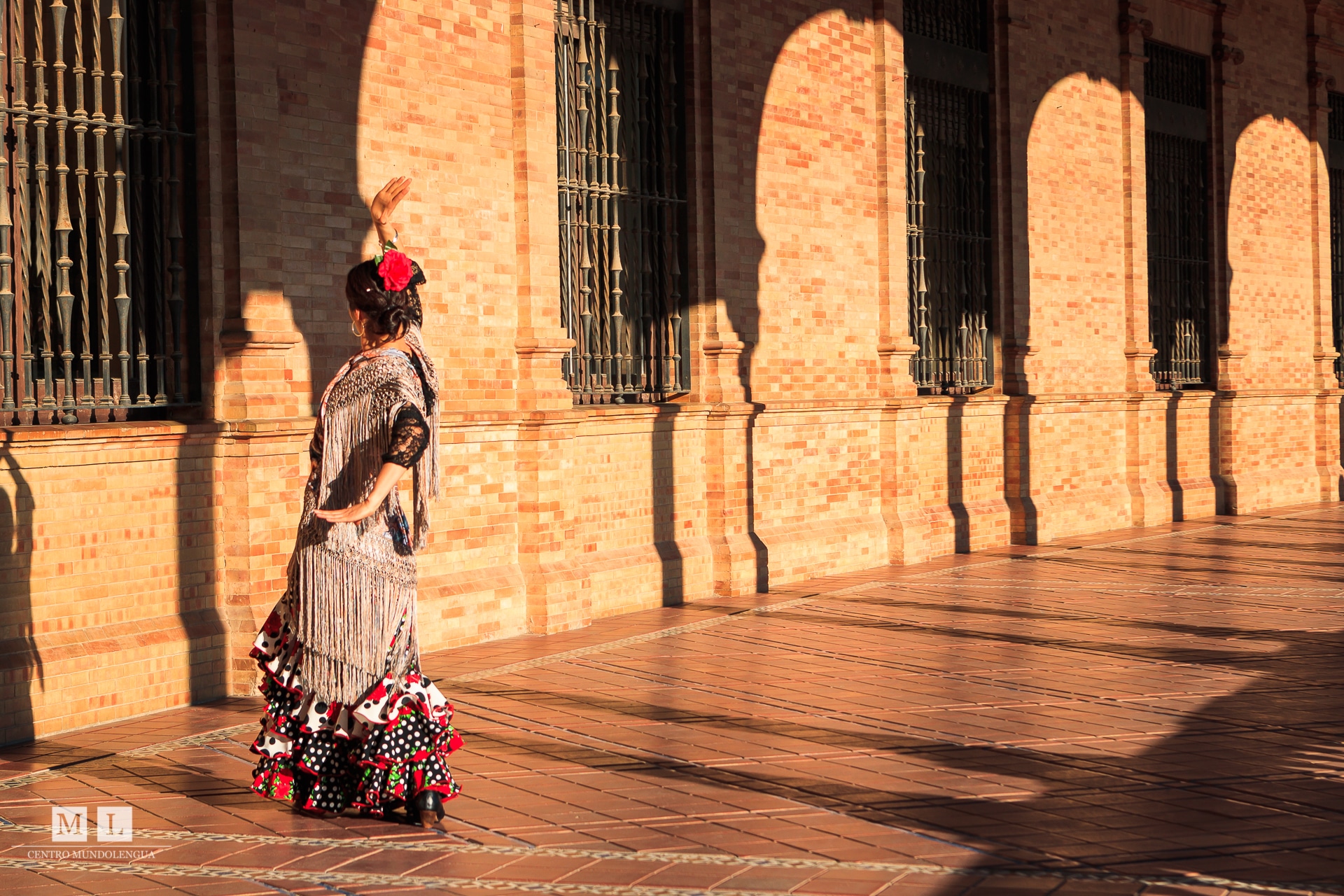 Centro MundoLengua is excited that you’ve chosen to study abroad with us! Besides learning and improving your Spanish skills, you will become familiar with the wonderful culture of Spain! However, like in any new culture, you will have to face cultural differences. Some aspects are harder than others, so we’ve put together a list of the top 5 biggest cultural differences of a study abroad student in Spain.

This will be the first thing you notice. In Spain, people greet each other with ¨besitos (little kisses)¨.  For first timers, it can be awkward and strange, but you will get used to it. This is when you merely touch your right cheek, then left cheek with that of the other person. You don’t actually give the person a kiss, rather than simply touch cheeks while making the kissing sound. It sounds funny, but happens naturally. Women and men give besitos, women give women besitos, but men generally do not give other men besitos (only unless family or good friends). They normally shake hands and/or give a pat on the back (sometimes a half hug). Younger kids sometimes only give one besito…just go with the flow.

It’s expected to greet others like this, not only on the first occasion, but when you meet with them any other time.

For many students, giving besitos might seem like sending a romantic gesture rather than a greeting, but after two weeks or so, it will feel natural. Just don’t hesitate! When you meet someone, jump in there and get it over with! It’ll be less awkward than staring at the other person for 3 minutes deciding if you’re going to give besitos or not.

Practically every meal time in Spain is completely different from the American schedule.

Breakfast is shortly after waking up and generally consists of a coffee and toast. Breakfast time all depends on when you wake up, generally speaking between the hours of 8 and 10.

Lunch is where things start to get difficult. Spaniards don’t eat lunch until 3ish…yes, “3ish” meaning slightly before or after 3pm. This can be the hardest meal to get used to as Spaniards eat such a light breakfast, waiting until 3ish in the afternoon feels like you’re going to starve to death. But good news, lunch is the biggest meal!

Somewhere between lunch and dinner allows for a snack. It’s normally kids who regularly eat a snack, but feel free to grab a sandwich or some fruit if you feel like you can’t make it until dinner.

Speaking of dinner, it’s expected to eat at 10, 10:30, or later. This is the general time for natives, but since MundoLengua students live with Spanish host families, these families try to prepare dinner a little earlier (around 9-9:30) to make the cultural adjustment easier.

Not only are the eating times different, the food is another cultural difference too. Click here to check out a Centro MundoLengua student blog that explores the Spanish cuisine.

The siesta is an essential component of the Spanish lifestyle. Siesta time is taken after lunch (around 5ish to 7:30ish). It literally translates into the word “nap” but, consists of more than just sleeping. This is the time where people relax and rest up in order to finish the day. Many people go home to visit their families, watch TV, or grab drinks with friends. Expect to see some stores close down during the siesta time, but then reopen later in the evening. This is normal.

The only thing to keep in mind here is to be respectful of what others are doing their siesta time. If your host dad is sleeping, don’t wake him up. Don’t go shopping during this time (many stores will be closed). And try not to plan activities during these hours. Remember, this is relax time!

As Americans, punctuality is essential; we even have a saying, “if you’re early, you’re on time. If you’re on time, you’re late. And if you’re late, it’s unacceptable.” Spain most certainly does NOT abide by this. If meeting a Spaniard, expect them to be at least 7 minutes late (give or take). Just to give an example, when I meet my Spanish friend, he always arrives 15 minutes late. I’ve learned to accept his tardiness and plan to arrive 15 minutes later than the planned time. This way, no one is late!

Cultural differences like this are challenging to get accustomed to since many study abroad students might get nervous or impatient when both people aren’t ready to go at the planned meeting time.  But don’t worry, this will only happen when organizing plans outside the MundoLengua program. Centro MundoLengua continues to operate punctually!

Spaniards enjoy taking their time no matter the event. Whether meeting for a coffee with friends, eating dinner, or just catching up with someone, make sure at least 2 hours, if not more, are set aside. The Spanish culture is all about taking life as it comes, relaxing, and spending lots of time with friends and family, so naturally, they do not want to rush any organized plans. This includes meals with your host family too. It’s rude to leave the table immediately after finishing. Just take your time eating and then hang around and chat with your host family for a little while.

At first it will feel like dinner takes 3 hours, which it does (however, not every time), but then when you embrace meal times and focus on talking with your room-mate and host family, time will fly! Same for when out with Spanish friends! Many people have grown to prefer it over the rushed American schedule. People in Spain truly enjoy the other person’s company…even for hours at a time!

Studying abroad is such an amazing experience. You get to learn so much about a culture and improve your language skills. Don’t feel scared about adjusting to the cultural differences. Just prepare yourself and embrace the change during your stay! Keep these 5 big cultural differences in mind when you come to Spain as they will be among the first you notice.