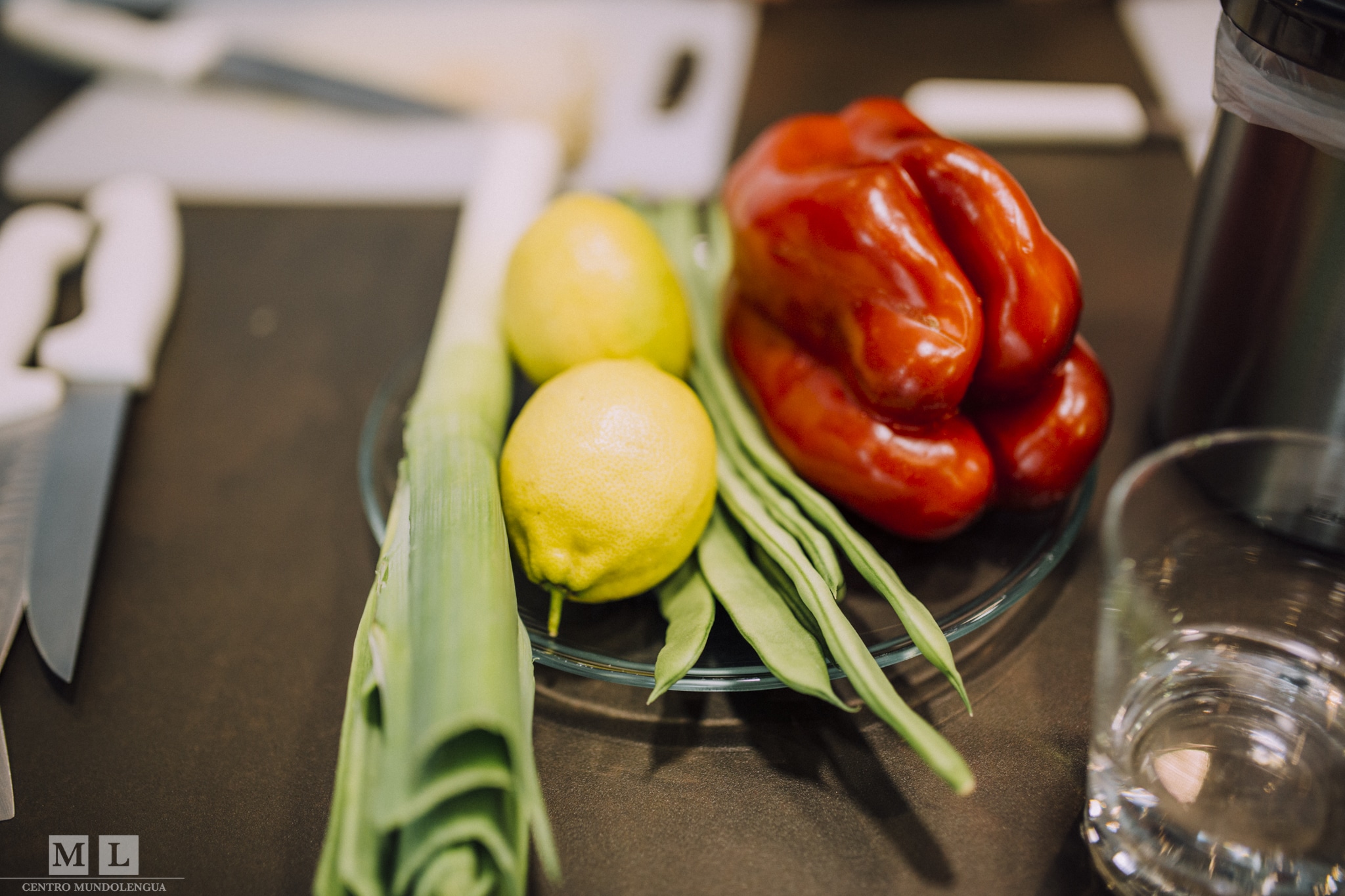 Say goodbye to nasty processed American food and hello to the fresh taste of Spain. I’m talking more than just stereotypical paella y’all! Isabel, my host mom, has exposed me to a whole new world of flavors and taught me how to prepare authentic Spanish meals. There are so many ingredients and dishes that Spanish cuisine is known for, so I’ll have to split all these yummy secrets into two blogs! This week’s will showcase the key ingredients that are the base of Spanish cuisine. In other words, you will always find these ingredients in a Spanish kitchen!

1# Olive Oil: one of the top ingredients of Spanish cuisine

Go ahead and get used to eating an abundance of olive oil because in Spain, you eat it on practically everything…salads, meats, with bread, and sometimes even on fruit! I currently take a cooking class at the University Pablo de Olavide (the university in Spain that I attend) and before I even begin making the food for the day, I check to see if there’s enough olive oil at my station because I know that’s what I use the most. Also, if you want to impress your host family, know all the different types of olive oils and what makes them distinct from one another!

Andalucía has tons of greenhouses where enough fruits and veggies are grown to serve all of Spain. Tomatoes are one of the staple veggies in the Spanish diet. I eat them most in salads, but there are hundreds of ways that tomatoes are the star of the dish…like gazpacho (a popular tomato based food I’ll explain in the next blog). Oh, and did I mention that these tomatoes taste 100% better than the ones in America?? I guess you’ll just have to travel to Spain and see for yourself!

Another important ingredient of Spanish cuisine is the potato.  There are a ton of yummy Spanish recipes that made me a potato addict! One of which, is called “tortilla española” (potato omelet). In the U.S., I would only think of mashed potatoes, but who knew there are so many more ways to enjoy them! Hey, when all else fails, just add spices and a ton of olive oil! Haha! The picture above shows a portion of the tortilla española.

Do you know what cured ham is? If not, you will even just after being in Spain for 5 seconds. You can walk anywhere and see the whole pig leg hanging down from the ceiling in grocery stores. And, since Sevilla is close to the Mediterranean Sea, fresh fish naturally becomes part of the diet. The cod fish is always a hit…..especially when fried! Oh, funny story, I made the mistake of telling my Spanish friends that I didn’t like cured ham….it was like I had told them the worse news ever. Haha! Maybe next time I’ll just keep that a secret!

Bread is served at every meal, every day. Honestly, it’s the best bread I’ve ever had. My host mom gets it fresh from the local bakery every morning…poor thing has to buy tons because I eat so much of it! Other than it being fresh daily, there’s a wide variety of breads to choose from. I love dipping it into the sauce from the meat or even just in olive oil, of course! Also, you can find “picos” which are small pieces of hard bread, almost like a texture of a cracker. Those are great for adding a little crunch to your meal!

It’s almost like you experience a culture shock from the food! There are several other important ingredients that compose the Spanish cuisine, but these were the top five that I’ve experienced.

Interested in learning more about Spanish gastronomy? Our total Spanish immersion course might be a good fit for you! The program includes Spanish cooking workshops, tapas routes, as well as wine and food tastings. Click the link below for more information!