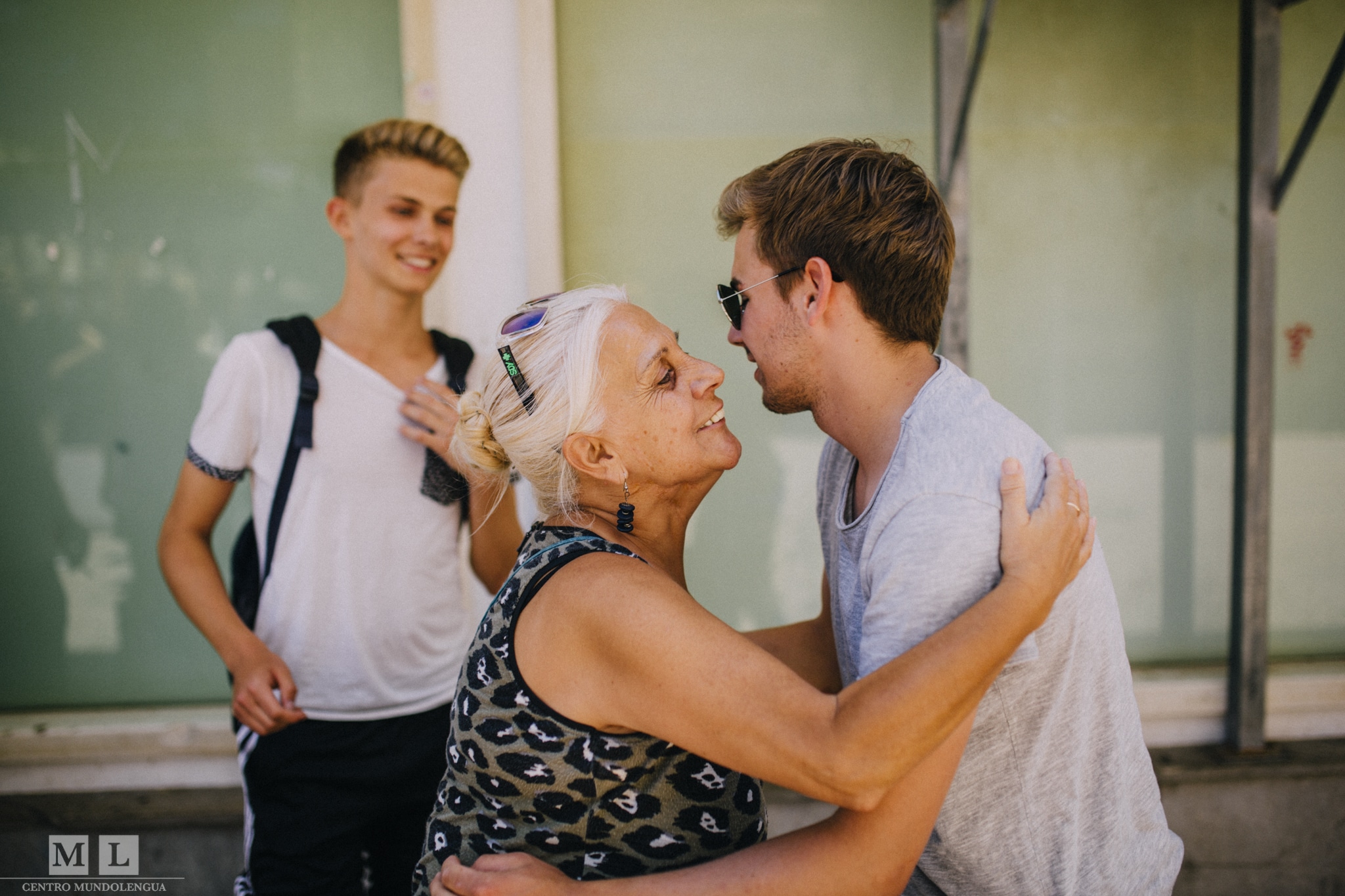 Posted at 17:44h in Spanish Culture by MundoLengua 0 Comments
0 Likes

At Centro Mundolengua we had the pleasure to host students from The American School of Moscow. It’s hard not to enjoy studying abroad in Sevilla with its endless sunny days, tapas, siestas, and the overall laid back culture.

Students had the opportunity to experience Spanish culture firsthand in the classroom, in the streets, and with their host families.

At the end of their stay, we asked our high school students, who come from all corners of the world, to compare Spanish culture with their dominant, identifying culture. Here are some of their observations regarding Spanish culture differences.

First Impressions: Meeting people for the first time in a foreign culture is often awkward if we do not know cultural norms regarding personal space, traditions, and appropriate conversation. Our students learned that in Spain people are often greeted with kisses on the cheek, or “besitos.” Students from Canada and the United States state in their culture, “firm handshake[s]” create confidence between two individuals and that people “do not really kiss on greeting.” Our students from Russia and Germany cite that in Spain there is significantly less personal space and people are more “touchy.” Julie from South Korea expressed that in South Korea people bow instead of kissing on the cheek and that asking someone “How are you?” is considered inappropriate, compared to the typical “¿Cómo estás?” in Spain.

Do you want to learn more about greetings in Spain? We have prepared a small video explaining how Spanish people greet each other:

Spain is world renowned for its unique tapas culture and if our students weren’t already captivated by Spain’s gastronomy: They are now! Haruka from Japan writes “I ❤ jamón ibérico (Iberian ham).” Across cultures everyone noted that even though the individual tapas portions are petite, the total quantity of food presented at meal time trumps Russian, Canadian, Korean, German, Japanese, and American cultures. Although, all of our students seem to miss their cultures’ breakfasts of bacon, eggs, rice, and sausage; Spain’s “couple pieces of toast” underwhelmed. However, the jamón (ham), seafood, and other traditional meals make up the difference.

Due to the sometimes uncomfortably warm temperatures during the summer in Spain, some shops close during siesta and people return to their homes to complete household chores or rest before returning to work in the evening (although this habit of stores closing at midday is becoming less common). Carmen, an American who lives in Moscow conveys, “I have never had a siesta except for in Spain. I think it is awesome!” Others say “Spanish people are much more laid back.” “I wish every country had this!” The overarching statement shared by all is, “That doesn’t exist in [America, Germany, Korea, etc.]” Due to the the siesta, students note that Spanish people stay up and out later and tend to be more relaxed during the day than people in their cultures.

Spanish people, especially from the south, have a different concept of time than other cultures. “People don’t bother arriving early [in Spain],” while many students say that in the U.S. you must arrive on time and in Russia you must arrive early! Spain is known as a p-time (polychronic time) culture; people evaluate time as a combination of the hour and surrounding circumstances – moreover, they don’t always arrive “on time.” On the other hand, Asian, northern Europe, and North American cultures are m-time (monochronic time) oriented; the sole factor considered in respect to time is the hour. Students said that the Spanish time philosophy personified Spain’s laid back disposition.

Prices when compared to North America and Russia seem to be lower. Deanne says, “[The prices] are cheaper than in Russia, especially fresh produce.” However, when compared to Asia, Spain seems expensive to students. They cite the exchange rate from Asian currencies to the Euro is unfavorable. For Northern Europeans and North Americans, Spain offers fantastic food and unparalleled experiences for a fraction of what it would cost at home.

Sevilla is the capital of flamenco music. Most observe that the music has a more traditional feel in Spain. In North America and Russia, the music is mainly modern, popular American music. Students in Japan and Korea express that although in Asia there is a heavy influence from the American music industry, regional pop bands that “dress up in costumes” dominate the airwaves. The other overarching theme was that Spanish music tended to be more upbeat, just like the people.

Greta sums it up well, “People here are a lot nicer and open.” Dongwook says, “People seem comfortable.” Is it the siesta, tapas, relaxed sense of time? Although, students enjoy the other aspects of Spain, the most impactful cultural differences are the friendliness and tranquility of the Spanish people. Hopefully our students will carry some Spanish culture back to their home countries!

Do you want to learn more about cultural differences in Spain? Visit our special blog post here. What Spanish culture differences would you add on our list?