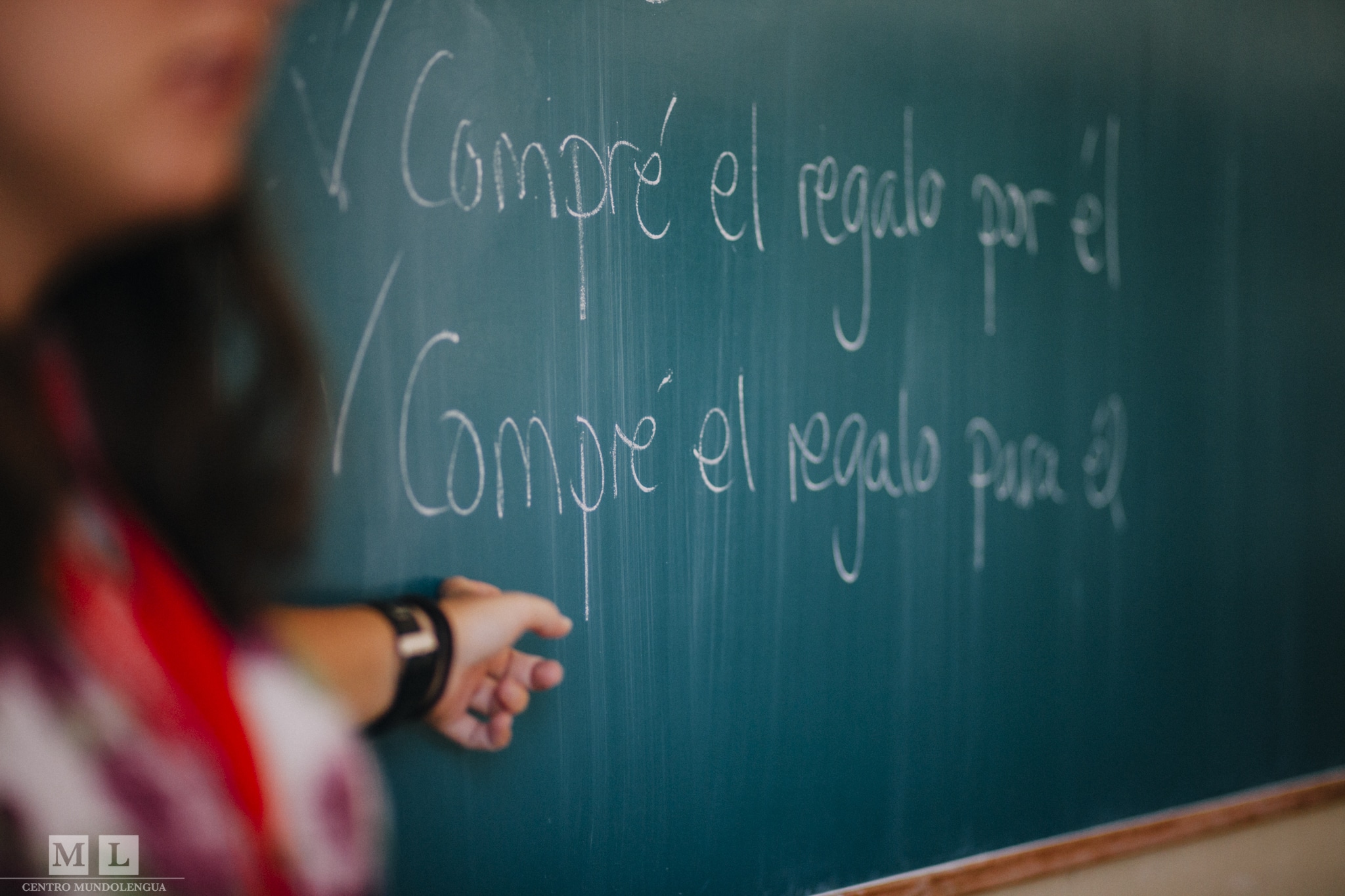 Learning Spanish with only an English background can seem like a difficult endeavor at first. Any new language is a big first step and each language has its own oddities and differences, but the language differences between English and Spanish are particularly clear when first learning Spanish. It quickly becomes clear that all languages have rules, some of which make sense and others seem arbitrary. Regardless of their nature, these differences which are both large and small help to form a language.

In this post, I want to discuss the top 5 language differences that one may find between Spanish and English when they begin learning Spanish at a beginner level.

This is something that Spanish beginners should know before diving deeper into the language. Some words in Spanish look almost exactly like their English counterparts. Concentración for example, is almost identical to its English equivalent concentration. Many other Spanish words translate almost directly into English, which makes the initial learning experience much easier; a beginner will quickly find themselves able to understand a large proportion of the language without any formal training because of cognates.

There are, however, false cognates which exist as well. One might see the Spanish word balón and think it means balloon, but it actually means ball and could be used to refer to something such as a soccer ball. A more comical example of this can be seen with the word embarazado/a. Many native English speakers, male and female alike, will confuse this word for embarrassed. This is particularly bad for male speakers because this word actually means pregnant. So a conversation where someone wants to say “sorry, I’m embarrassed” quickly becomes “sorry, I’m pregnant”. False cognates are very important when first learning Spanish.

A car in English is simply a car. The same is true for a lamp, a bottle, and all nouns in English. In Spanish, however, one of the largest initial differences is the gendered nouns that are used in Spanish. The car in Spanish is el coche. Here, el means the but it is the masculine version of the. The lamp and a bottle would be la lámpara y una botella. Both of these words are feminine. This is a big adjustment from English because there are no gendered nouns in English.

Adding onto this, adjectives have to match these gendered nouns. La lámpara alta which means the tall lamp features an “a” at the end of alta because this is the feminine ending for the adjective. If someone was talking about a tall man, they would say un hombre alto because the “o” is the masculine adjective ending.

Gendered nouns are difficult at first, but they are one of the fundamental parts of the Spanish language.

Most English verbs are basic in the number of forms that they have. If we take the verb “talk”, for example. One can see that there are only two forms in the present tense. We have I talk, you talk, he/she/it talks, we talk, and they talk. Yet in Spanish, these are all different forms. There is hablo (I talk), hablas (you talk), habla (he/she/it talks), hablamos (we talk), habláis (y’all talk), and hablan (they talk). Hablan can also refer to other things but we’ll keep it simple for now. This is a major adjustment point when it comes to Spanish, mostly because it seems arbitrary to an English speaker. The best way to practice this is to constantly speak Spanish and become accustomed to the various verb forms.

“Look at the car green!” in English is very much incorrect. In English, the adjective comes before the noun, so the sentence would be “look at the green car!” because green must come before car. Spanish is different when it comes to adjectives because the noun comes before the adjectives “the green car” would be “el coche verde”. When this is translated word for word in order, it says “the car green”. The interesting thing about this change in order is that it is a mistake that can be heard in both languages by non-native speakers. Spanish speakers will often confuse the noun/adjective order in English just as English speakers will confuse the order when speaking Spanish.

This is the ultimate shortcut in English. If I wanted to talk about a house that happened to be owned or occupied by a man named John, we would say John’s house. It’s a great thing to be able to say and it becomes clear that English speakers take this for granted when beginning to speak Spanish. In Spanish, “John’s casa” cannot be used to describe “John’s house”. Instead, one would say “La casa de John” which literally means “the house of John”. This is a big adjustment initially, mainly because possession has to be described in this way which seems indirect and unnecessary. However, this is the correct way to express this idea in Spanish.

These are just a few of the language differences a Spanish beginner will see when beginning to learn the language; there are many more, but these are the most pronounced language differences in my opinion. If any of this seems scary or overly complicated, I can assure you that it is not. These are just a particular set of rules which another language uses in order to function.

If you want to tackle these language differences with ease, I recommend studying with Centro Mundolengua. We have so many great programs that make learning the Spanish language both natural and enjoyable. I would recommend our Intensive Spanish Courses so language differences like this become an afterthought when you are speaking Spanish. We hope you can learn and study abroad with us!