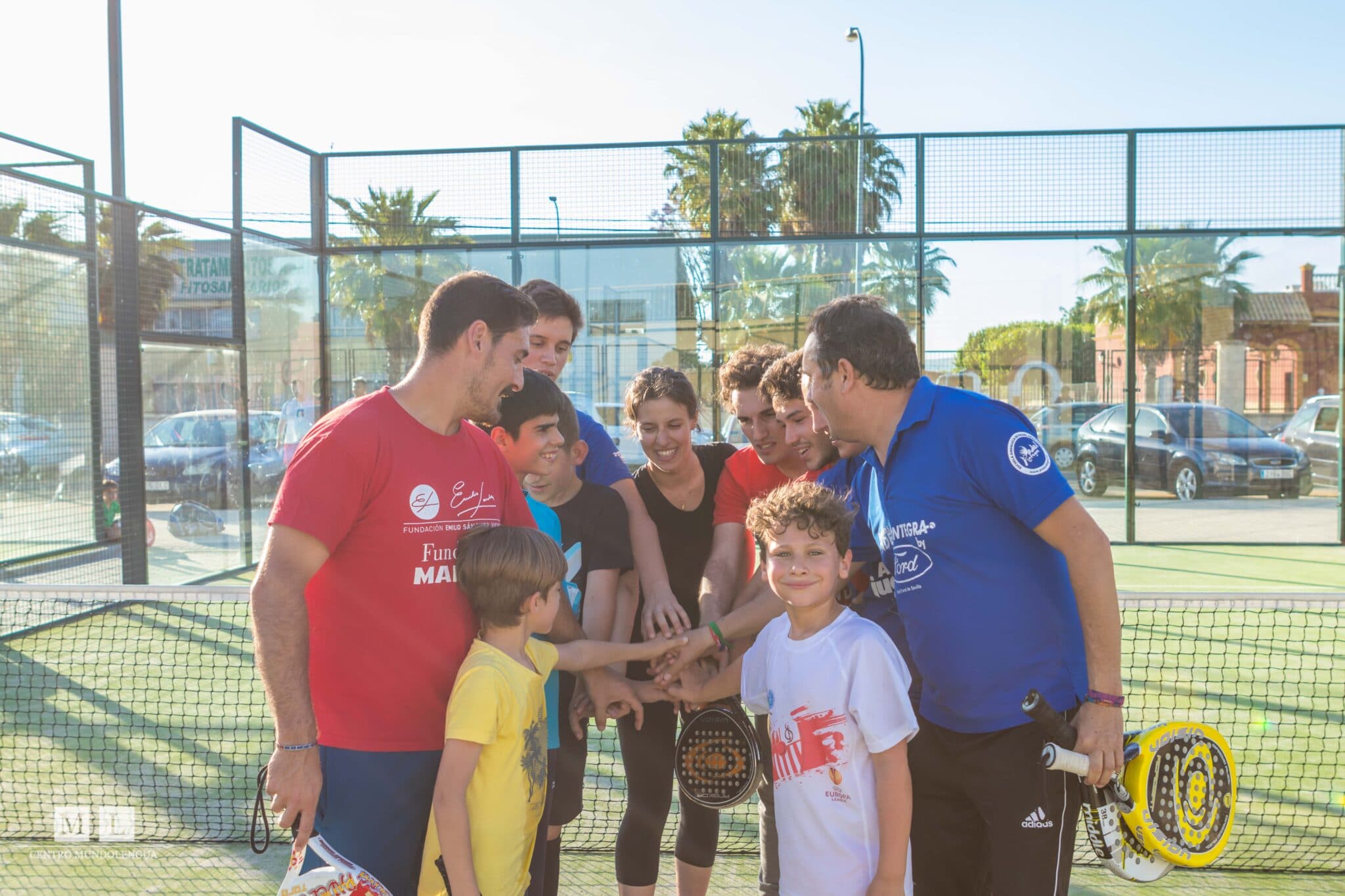 A teacher of mine at my university once said that students’ classwork should always be meaningful. His goal was to create a class structure where the work would live after the students submitted projects and assignments. He did this by keeping projects from other semesters and showing them to newer students who wanted to learn more about a particular topic. This was an idea that resonated with me; too often, students do homework and it goes into a black hole where it is never seen again.

In the HISP399 class titled “Sevilla and the community: approaching social problems through volunteering“, students in groups of three had to create a social justice campaign in Spanish. It could take the form of a short, a video, an advertisement, etc. They had to prepare the campaign and prepare a ten minute presentation in Spanish showing the material they had prepared. Additionally, they had to explain why they chose their theme and how they would carry out the campaign if it were real.

When María De La Torre, one of Centro Mundolengua‘s amazing Spanish professors, told me that the university students of Centro Mundolengua made social justice campaigns in Spanish, I decided to give their work a life outside of the classroom. This blog details the campaigns from the four groups and takes an in-depth look at their material.

This campaign was about homeless people in Spain. The students wanted to inform the population on this issue. They prepared pamphlets with information on this problem along with some resources for both those who were homeless and people who would like to help. They also prepared a song which they sang in the class. Their campaign idea was to hand out leaflets (see below) on the street as they sing the song to get more attention from the people. They also planned to get momentum behind hashtag #SevillaNuestroHogar, which means “our home Seville”.

These three students talked about sexism in the press. For this they prepared a video to show the double standards of treatment of men and women in the press. Screenshots of news chyrons and headlines helped to illustrate their point.

The theme of their social awareness campaign was the prevention of gender violence. They focused on raising awareness that the abuser (or potential abuser) needs help before committing an aggression, and not only when they are already in prison. For this, they created a free and anonymous telephone number (017) similar to the one that exists for women (016) along with the hashtag #BuscaLaRaiz which means “look for the root”.

To give diffusion they prepared a video that could be shown in television and social networks. In addition, they prepared a poster. This poster would have been broadcasted on social networks and displayed in cities, which can be seen below. By putting them on walls and in school centers, violence could be prevented among teenagers and young people.

This group prepared an anti-tobacco campaign to raise awareness of the risks children face as passive smokers. It focused mainly on raising awareness of fathers and mothers. They created a poster. This poster would have been placed anywhere where adults would see it such as streets, work centers, hospitals, etc. The poster shows the effects of secondhand smoke on adults. They also emphasize the importance of preventing this smoke from coming in contact with children.

Overall, the social justice campaigns in Spanish were highly detailed and purposeful. We love seeing our students putting their time and effort into meaningful projects such as these. Students went above and beyond. They created truly special social awareness campaigns.

Do you want to learn Spanish for social justice? The course “Sevilla and the community: approaching social problems through volunteering” is one of the numerous courses offered in our semester study abroad program in Sevilla, Spain. We also offer many volunteer programs in Spain to help you practice the vocabulary of Spanish for social justice. For more information, visit the pages below: