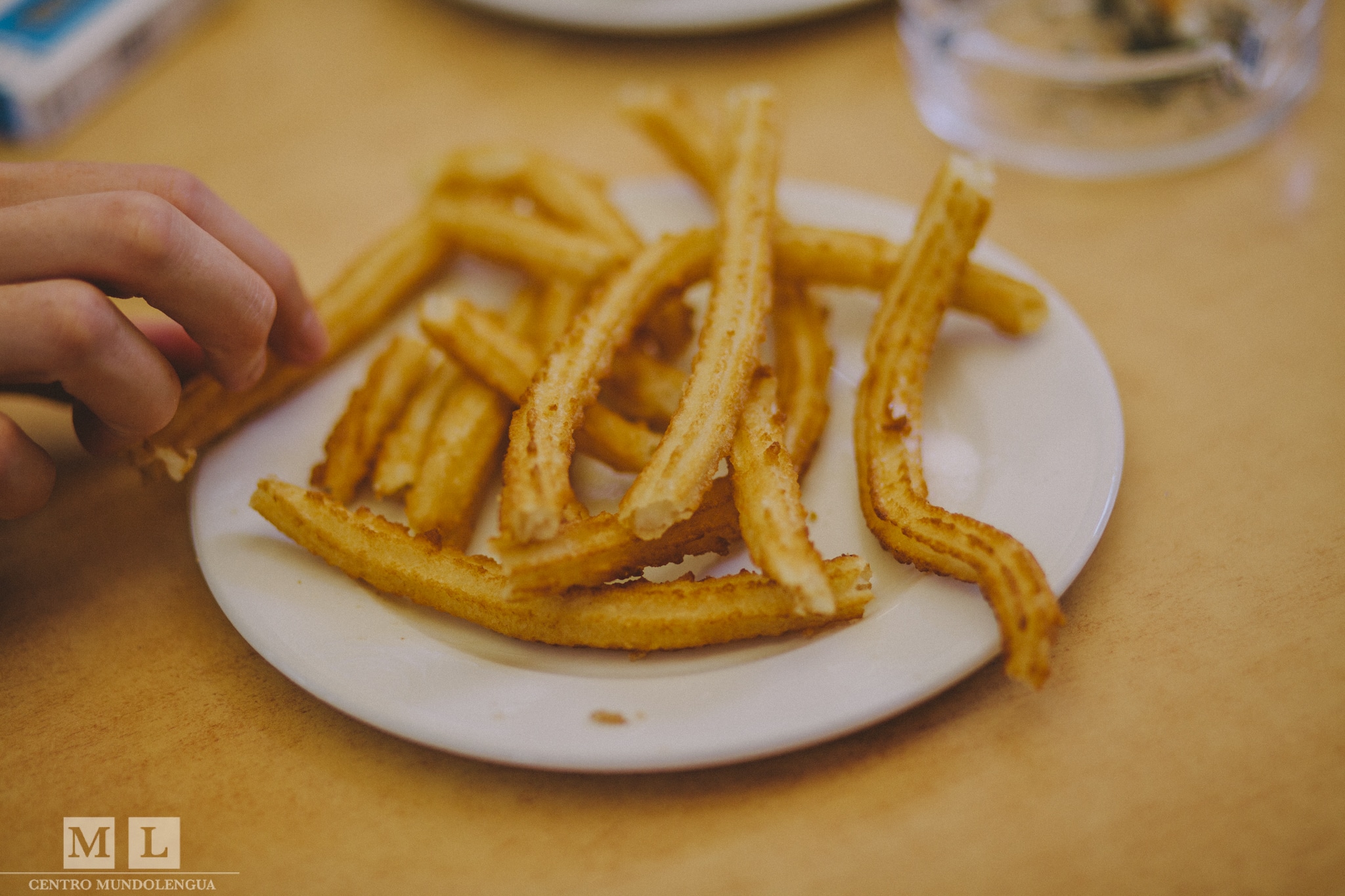 Posted at 07:59h in Learn Spanish by centromundolengua 0 Comments
0 Likes

The Spanish language is full of expressions and idioms. The same word can express different ideas, as long as it is used in a suitable context so that it can be understood. For instance, the Spanish language has a lot of idioms with food. These Spanish food idioms really have nothing to do with gastronomy. Spanish people use them a lot on a daily basis.

Here are our list of the 10 best Spanish food idioms:

We use this Spanish food idiom when we want to say that something is very easy to do. Actually, it makes sense: is there anything easier to eat than a piece of bread?

An example of this phrase would be “El examen de inglés ha sido pan comido” (The English test was very easy).

When we are very embarrassed about something, like speaking in public, stumbling over something in the street, singing in front of many people… our face tends to turn red, like a tomato. When this situation occurs, we usually say “estoy como un tomate”, because we have turned red with shame.

When someone is in a bad mood or very angry, we usually use this Spanish food idiom. Normally, when the milk goes bad, we say that it is sour. Actually, we can transfer this similarity to our character!

This Spanish food idiom can be used both with the verb “tener” and with the verb “estar”. The only thing that would change would be the temporality that we want to give to the phrase. If we say that “alguien tiene mala leche”, their natural state is to be angry or in a bad mood. On the other hand, if we say “Juan está de mala leche”, we mean that at the current moment, that person is angry or in a bad mood. However, it will pass sooner or later.

Idiomatically, we use this Spanish food idiom when we want to change something that we don’t really like. To change the situation and to achieve better results, we say that we are going to “dar la vuelta a la tortilla”.

Is there anything more delicious than cheese? Spanish people are cheese lovers. This is why Spanish people use this Spanish food expression when they want to say that someone is physically very attractive. For example “Brad Pitt o Katy Perry están como un queso”.

Pepper is not one of the most appreciated or valued vegetables among Spaniards. This probably explains the origin of this Spanish food idiom!

Flan is quite an appreciated dessert, both in Spain as well as in many other countries. When flan is removed from the mold, it moves a lot due to its gelatinous consistency.

Hence, when someone is very nervous and cannot stop moving, we can say that the person “está como un flan”.

When two people fit together perfectly, they are said to be “medias naranjas”, i.e. soul mates. “Mi amiga Carmen ha encontrado a su media naranja”, means that your friend has found her ideal partner.

Normally, we split an orange in half in order to be able to eat it or make juice. The two halves are identical. This is probably what explains the origin of this Spanish idiom expression.

Churros are perhaps one of the most delicious snacks we have here in Spain. When doing churros, it is very difficult to make two identical ones: some come out better than others.

For this reason, when we make a craft or some confectionery and it does not come out exactly as we had expected, we usually say that “Nos ha salido un churro”. The final result is not what we expected.

In the past, people who cut the cod (a fish preserved in salting) were always the bosses. This could explain the origin of this Spanish food idiom.

This is a small compilation of our top 10 Spanish food idioms. But there are so many more. The best way to learn Spanish idioms is by using them regularly in a real context, living the experience of a complete immersion in Spain. Language is learned by imitation, after hearing the same expression many times in a specific context.

At Centro MundoLengua, we offer many Spanish immersion courses in Spain to help you achieve this goal and speak like a true Spaniard! Here are some of our most popular courses: