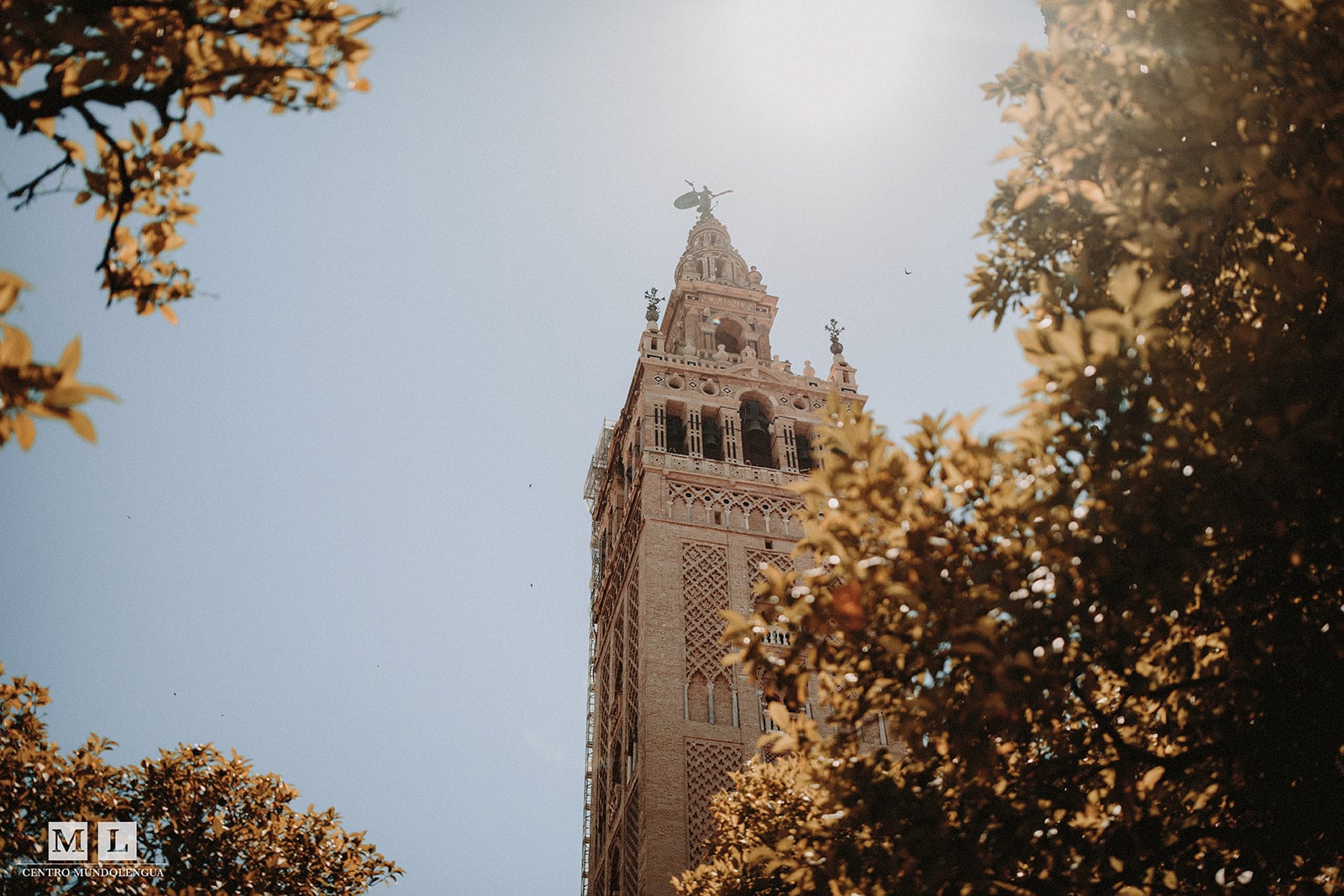 Posted at 11:16h in Learn Spanish by centromundolengua 0 Comments
1 Like

Spain is known worldwide for its good climate. Because of its geographical location, most of the Iberian Peninsula enjoys a very good weather almost all year round. The sun and the warm and pleasant temperatures ensure that living in Spain is a real delight.

Although of course, “nunca llueve a gustos de todos”: It means that what is very pleasant for some people is not so much enjoyable for other people. Also, although in the south and east of the country the temperatures tend to be very pleasant almost all year round, it does not imply that this is the case throughout Spain. The north of Spain is characterized by having a very cold and rainy climate, so let’s not be fooled by stereotypes about Spain. It is true that depending on where we are (within the country) we can have very different climates.

Perhaps the importance of climate and meteorology for Spanish people, have made so popular the daily use of weather expressions in Spanish. Weather idioms in Spanish are so popular that even in movies like My Fair Lady, they teach Audrey Hepburn one of the most mythical phrases about the climate in Spain. The original version said “The rain in Spain stays mainly in the plain”, which was then translated into Spanish as “La lluvia en Sevilla es una auténtica maravilla”. This Spanish weather phrase is widely used by Sevillians every rainy day, in an ironic way, since very few Sevillians like the rain.

As with Spanish food idioms, we Spaniards love to make phrases using meteorological expressions. Here are some of the most used weather expressions in Spanish:

There is no better way to start our top 10 weather expressions in Spanish than with a lluvia de ideas or tormenta de ideas. Like in English, this Spanish phrase is used a lot when a class or work group meets to share ideas. When everyone can give their ideas or points of view on a project or a specific topic, we usually use this Spanish expression.

This weather idiom in Spanish is also used at the beginning of a class, a meeting, a date, etc. When we say Romper el hielo, we mean ending that awkward moment at the beginning of our meeting with someone we don’t know very much yet and with whom we are a bit embarrassed to start a conversation. In other words, we are putting an end to a tense situation.

Chaparrón means a downpour in Spanish. Normally, when there is a downpour, you shelter somewhere while you wait for the rain to stop being so intense. That would be the literal meaning of this weather expression in Spanish. If we take it to daily life, when a person says that ha aguantado el chaparrón, they mean that they have waited or put up with a situation or a difficult moment with patience, until it has ended.

After a difficult situation, a delicate moment or a strong argument with someone, everything returns to normal. That is why we use this weather phrase in Spanish to say that this difficult moment has already passed and everything is again as before.

We compare the storm with that difficult moment and the calm with the return to normality.

We say that a alguien le ha llovido (o le ha caído) algo del cielo, when unexpectedly they have obtained something beneficial. It could be a gift, money, food, etc. Anything that suits you well, but that comes without any expectation, te ha llovido del cielo.

Sometimes, these unexpected gifts come from people who are super nice, thoughtful and who are always thinking of others. In Spanish, we usually say that these types of people “son un sol” because they have the ability to shine with their own light and bring that light to all those around them.

If we want to continue talking about weather idioms in Spanish that refer to a person, this would be one of the most used expressions.

When we want to say that someone is very distracted in general or at a specific moment, we usually use this funny Spanish phrase. “Antonio está en las nubes”. It means that Antonio doesn’t realize what is happening in his surroundings because he is distracted.

We continue talking about the clouds, as the Spanish language has many expressions with them. When ponemos a alguien por las nubes, it means that we are speaking very well of that person, that we are complimenting them. This weather expression in Spanish has a very beautiful and emotional meaning, since we all like to be complemented from time to time.

In English we have the famous phrase It´s raining cats and dogs. In Spanish, we also have our phrase in which we include animals to refer to the weather.

When we say that hace un día de perros, we mean that it is a day with very bad weather; it may be because it is raining or snowing a lot. We also use this weather expression in Spanish when it is very windy. In short, it can be used at any time when the weather or the weather conditions are not ideal for being on the street or going for a walk.

Finally, this weather expression in Spanish is also one of the most used in our day to day. When we refer to the primaveras that a person has, we are referring to their age. “Mi amiga María tiene 25 primaveras” is the same as “My friend Maria is 25 years old.” The truth is that the first phrase is more melodic and much more beautiful. That is why we like to use it so much!

Did you like our list of weather expressions in Spanish? Don’t miss the opportunity to learn many more, since these 10 expressions are only a small example of all the ones Spanish people use in their day to day life. We offer many Spanish courses, in which you can learn to speak like a true Spaniard!

Some of our most popular Spanish courses right now: